Mixed Fortunes For Mayo Competitors In Nenagh
The Birr Stages Rally, the opening round of the Dunlop National Rally Championship (of which the Mayo Stages Rally is round two) took place at the week-end.
Two Mayo crews headed to the Nenagh based event but returned home with differing level of success. Belmullet’s Ciaran Kennedy and his Ballina co-driver Paul McGinnis brought their Honda Civic home safely in 59th position overall, and fifth in class two, scoring valuable championship points in the process.
Bekan’s Sean McHugh had a less successful day, losing a lot of time on the opening stage after stopping to change a puncture. That time-loss became immaterial however when a broken rear suspension part on his BMW M3 forced an early conclusion to proceedings after stage 3.
The rally was won by Welsh visitor Melvyn Evans ahead of Derek McGarrity. All eyes now turn westwards for the McWilliam Park Hotel Mayo Stages Rally in two weeks time. 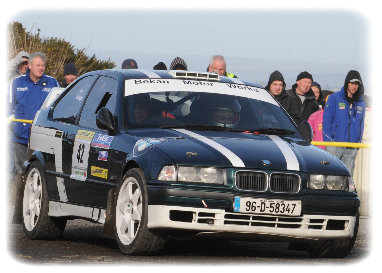 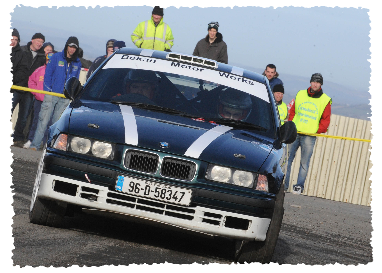