Well done to Stephen McGing who navigated for Andrew Leacy in a class 5 twincam in the Killarney historic rally, they finished 42nd in the modified section and ended up 7th in class. We look forward to seeing more from the championship class winning navigator in 2017.

In a new experience for Noel Murphy who took part in the Midlands Motor club night navigation when he joined Bryan McCormack in a Subaru and took home 4th in class, well done.

Lorcan Moore picked up the clubs young driver of the year award and also received the Connaught Telegraph young sports star of the year merit award which will be presented officially at the annual awards ceremony on the 10th of February.  It’s great to see such talent and dedication at such a young age.

Mayo County Council Road Safety Officer Noel Gibbons extended an invitation to the club to join him, members of an Garda Síochana and local Driving Instructors to an event in Ballinrobe advising second level students about road safety. A number of club members gave accounts of their own personal experiences and explained about the technology that goes into keeping safety in our sport.  Some life size props supplied by Alan Moran helped explain everything is a more realistic way.

Congratulations to club member James McGreal from Foxford who picks up the Western People Sports Star Award for Motorsport. With Chris Mitchell on the notes, this triple championship winning team has had a year to be proud of.

Andy Walsh, Mathew Murphy, Sean McHugh and Lorcan Moore took part in the Carlow Rally Sprint in Mondello Park on the 27th December to see if they could work off the turkey. Everyone really enjoyed the event even with some running the wrong set up, the wrong tyres and even going the wrong direction around the tyre barriers, you know who you are!!

Well done to all and best of luck to everyone country wide in 2017.   Wishing everyone a Happy New Year from all at Mayo & District Motorsport Club.

The 2016 Triton Showers National Rally Championship Awards were held at the Sheraton Hotel, Athlone on Saturday 19th of November last. Almost three hundred guests attended the glittering prizegiving where competitors from all over the country and some from overseas were honoured for their endeavours for the eight round series. Among the Mayo crews connected were Achill’s Brain Lavelle who picked up 3rd place in Class 1 in his Honda Civic, Ballina’s Jared Gill who finished top navigator in Class 9 and Foxford’s James McGreal and his Navigator Chris Mitchell who topped Class 15 in their Mitsubishi Evo.

Meanwhile, London based Westport man Ed Muldoon was another member of Mayo & District Motorsport Club to round of a superb year when he collected the overall Group N crown at the Valvoline Motorsport Ireland, National Forest Rally Championship Awards, held on Saturday 26th of November in the Bridge House Hotel, Tullamore. Speaking afterwards a delighted Ed reflected back on 2016, thanking those involved in his success.  “It was very much a team effort.  My co-driver Mark Byrne did a brilliant job all year; he’s never missed a beat.”  DJ Rally Hire prepared an absolutely brilliant car, Derek and the team always had the Evo in great shape for the 7 round championships that seen Ed travel to forest trails the length and breadth of the country, he also expressed thanks to the Championship committee who organised a great championship, and hopefully he will be back again next year to defend his title. 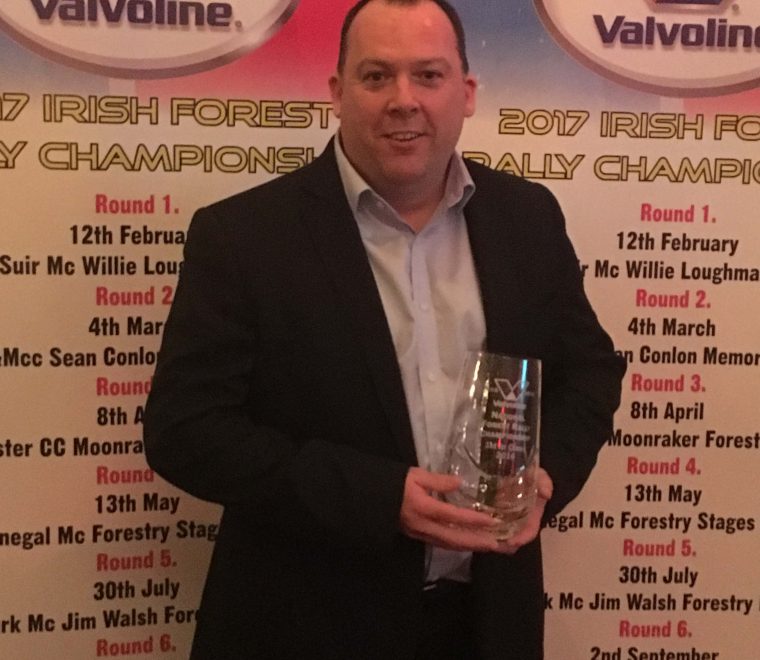 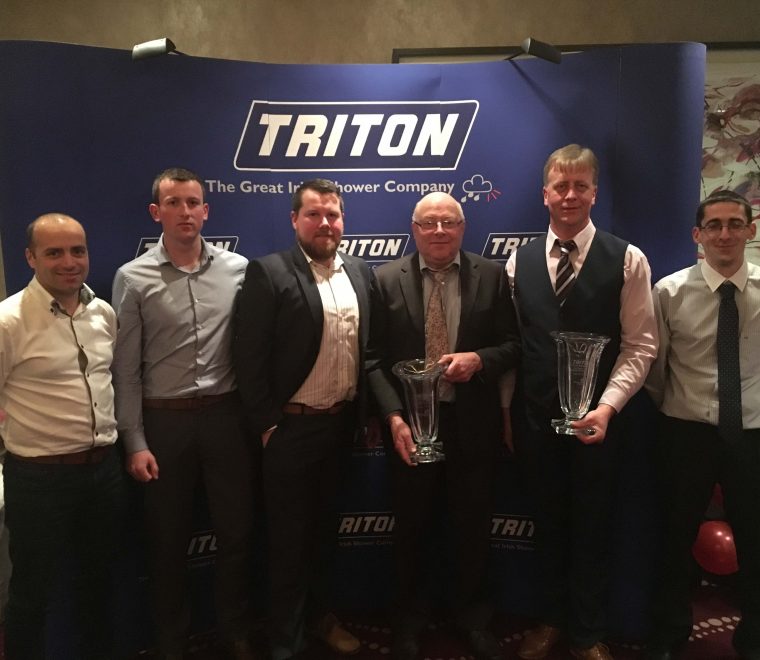 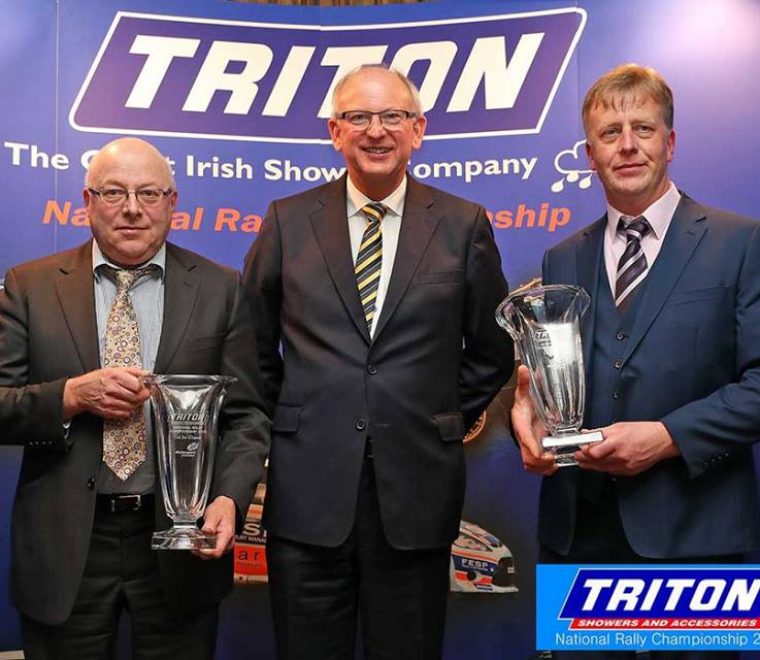 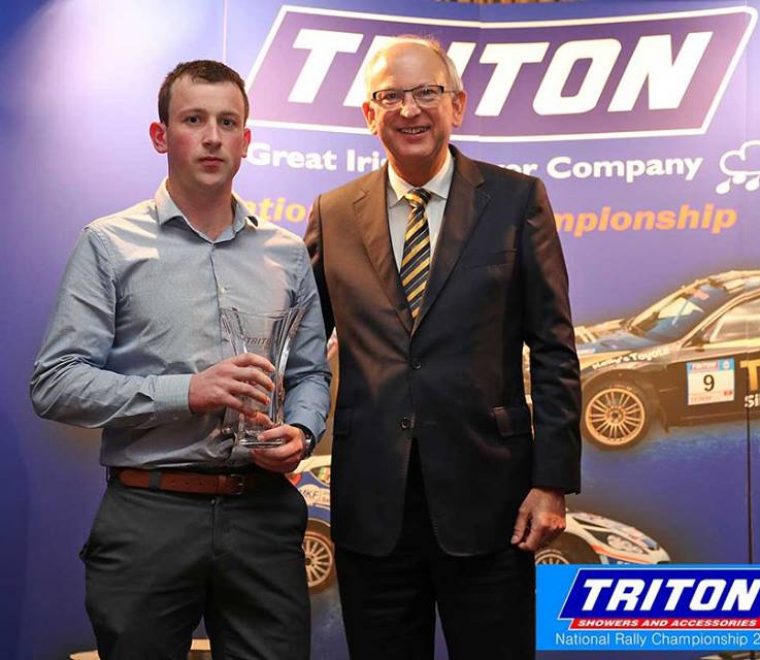 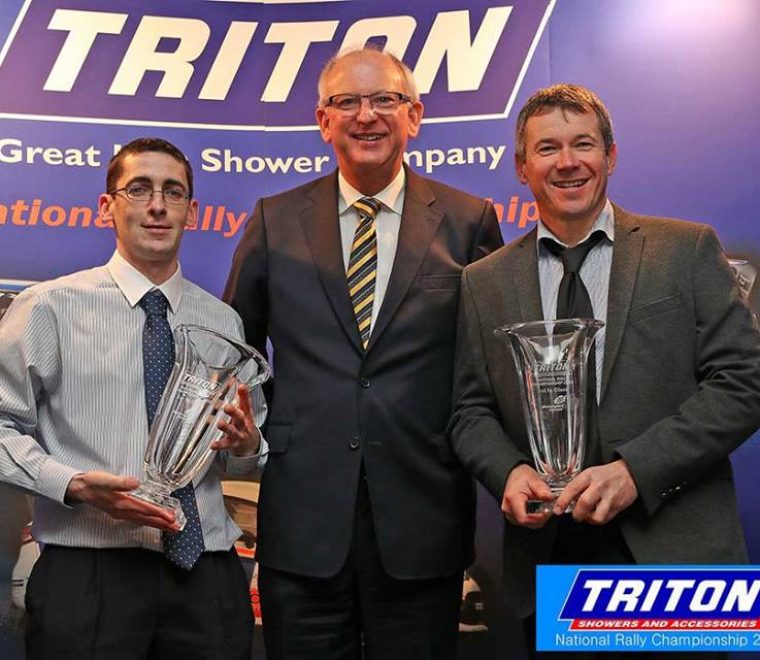 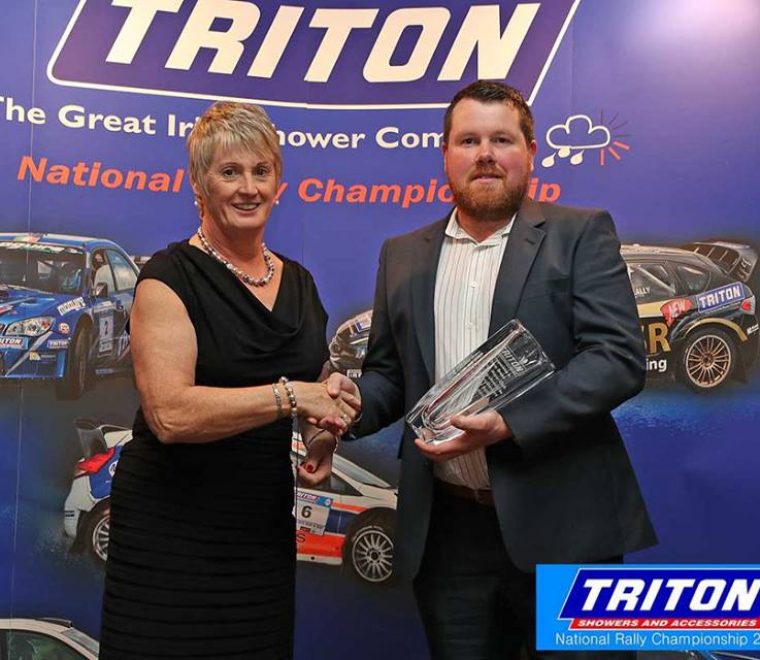 There was excellent success for Mayo crews in the classes awards. Achill’s Brian Lavelle finished the year Class 1 runner up in his Honda Civic. Westport’s Stephen McGing rounded of an excellent year claiming top navigator honours in Class 11R while his driver Barry Cuffe went home with his award for runner up driver in Class 11R in his Elvery’s Intersport backed Escort Mk2. Foxford’s James McGreal and his navigator Chris Mitchell were Class 15 champions in their Mitsubishi Evo while 18 year old Lorcan Moore from Crossmolina was runner up navigator, also in Class 15. This was a great success for Lorcan having navigated in eleven events during the year while also finding time to sit and receive an excellent leaving cert!

A large crowd of members and supporters from Mayo & District Motorsport Club were in attendance to celebrate an excellent year for Mayo crews in the Border Championship. 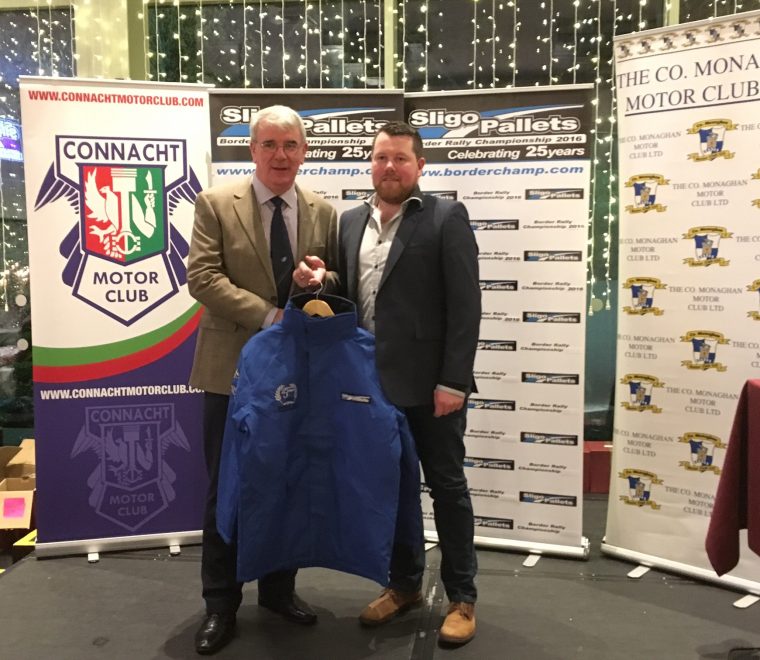 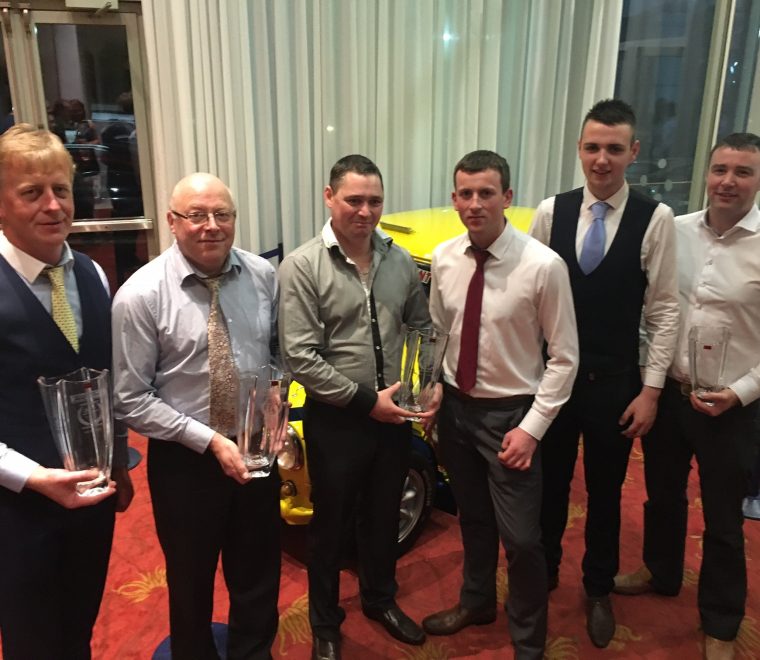 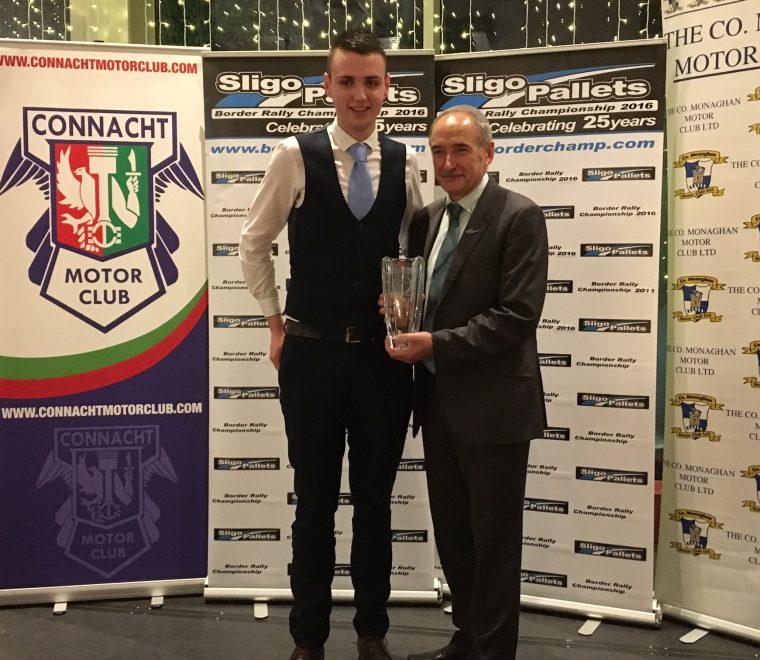 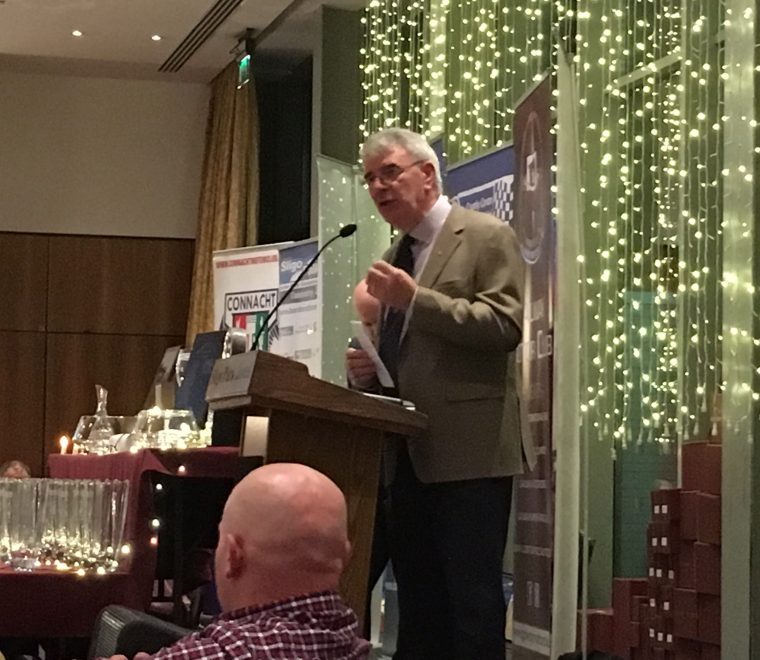 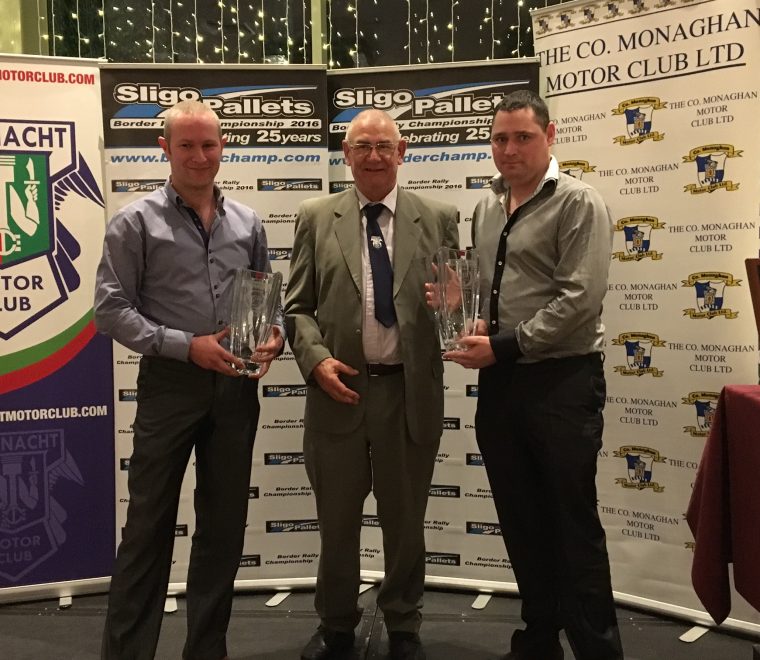 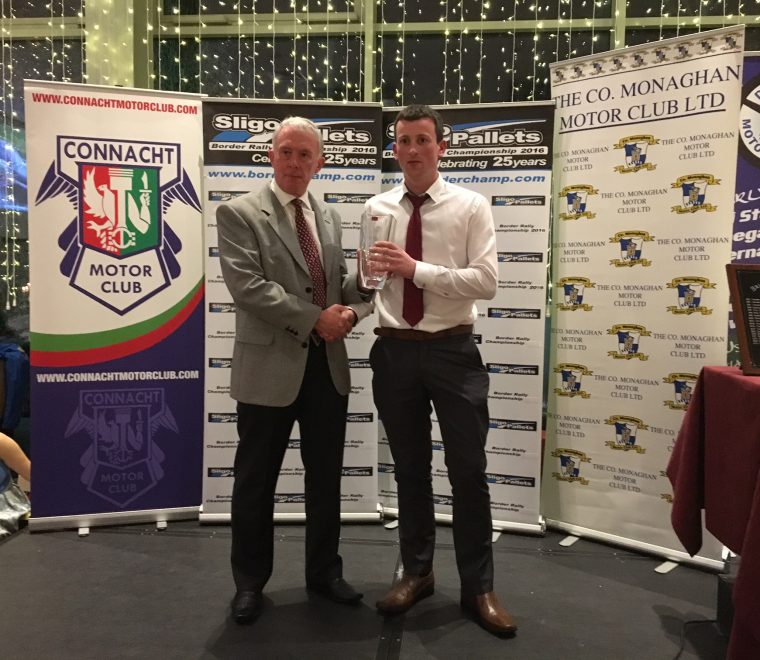 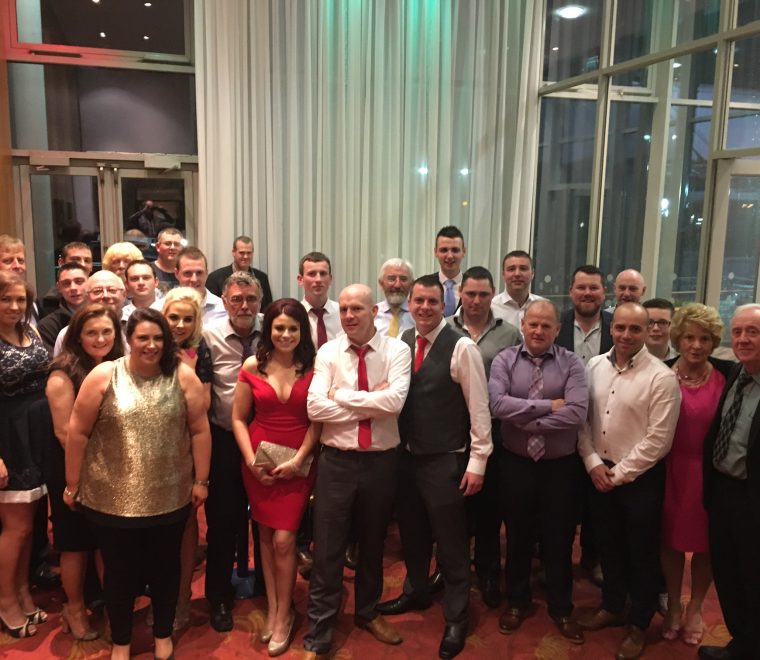 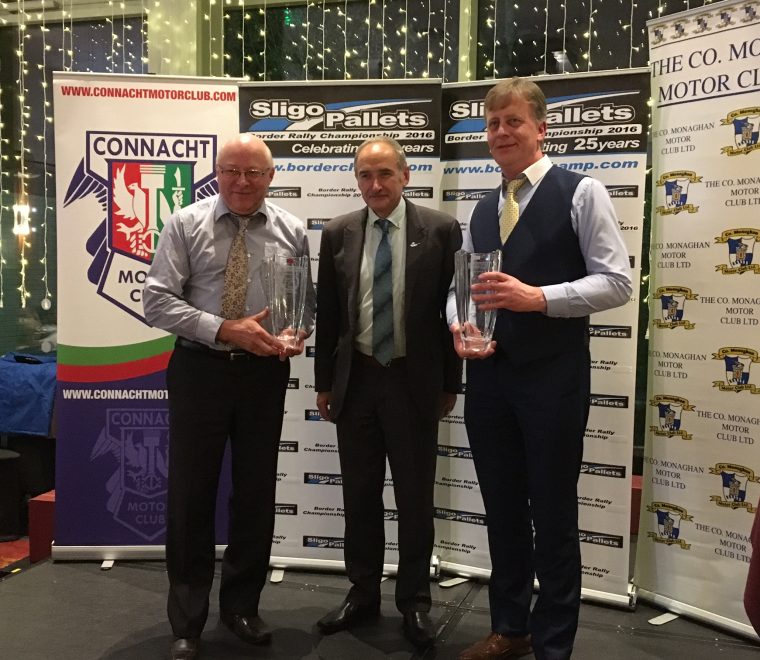 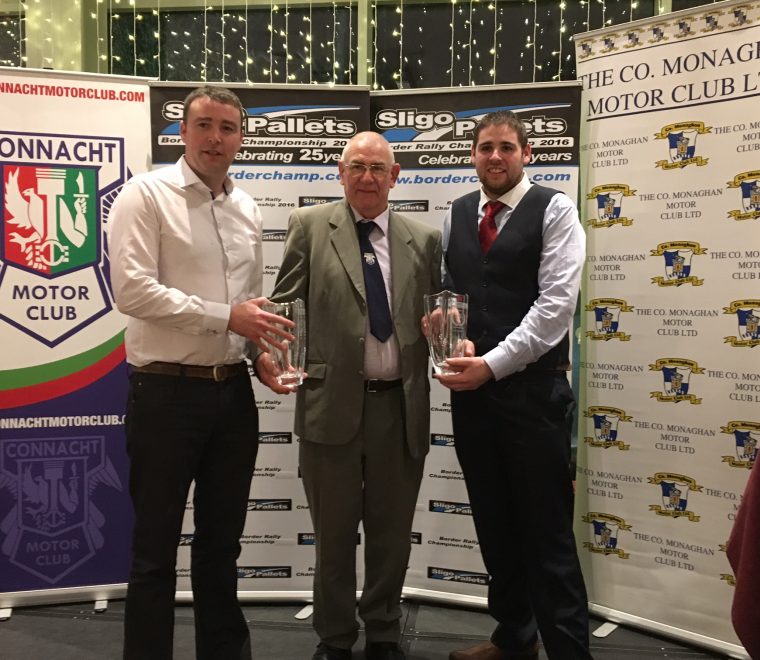 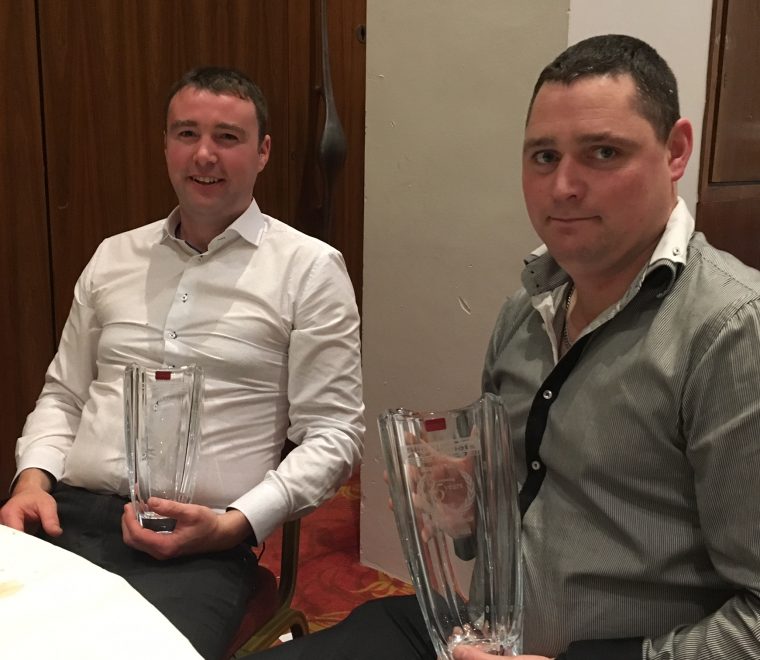 Pauric Duffy in the P1 Rally Rentals Fiesta put in an excellent drive, having occupied 3rd overall on the penultimate stage finished 4th overall and 1st in Class 5. Pauric had Jeff Case alongside on the notes in the R5 Fiesta.

Pics Rally Through A Lens 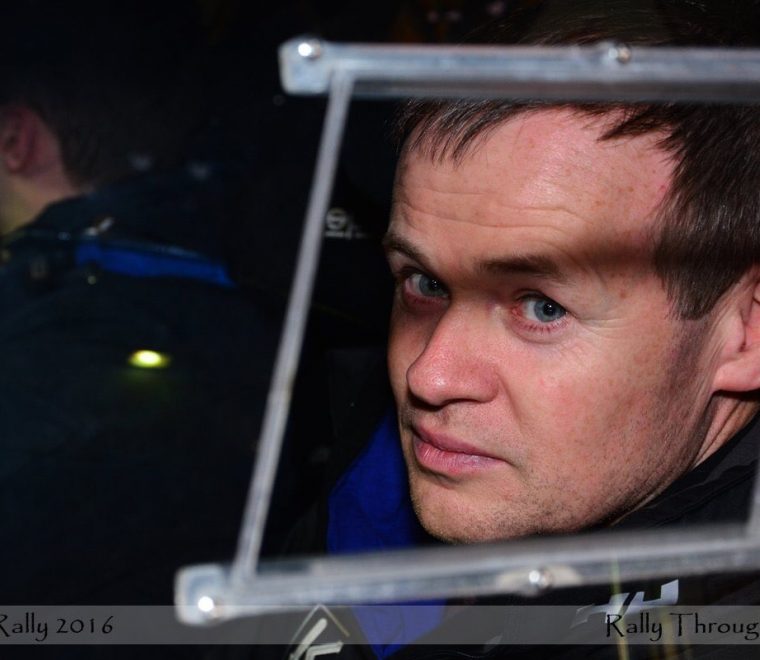 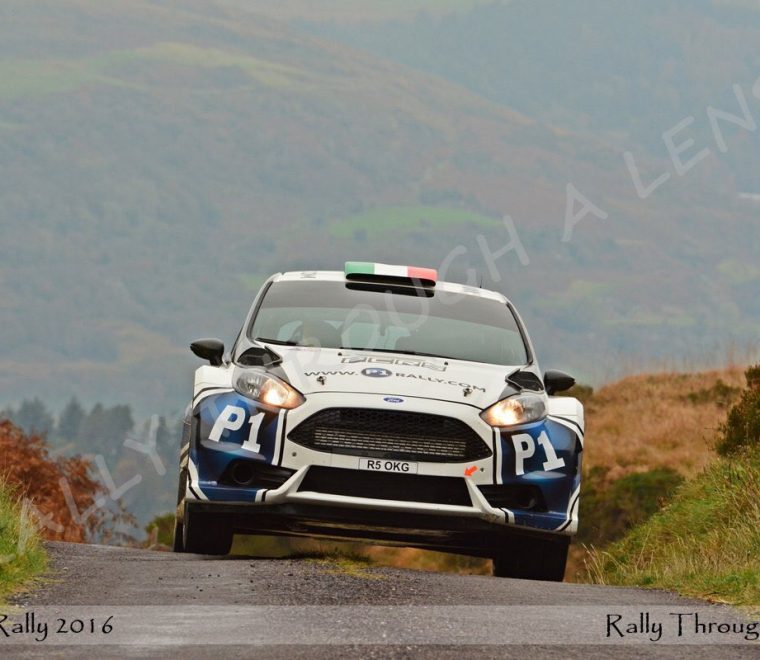 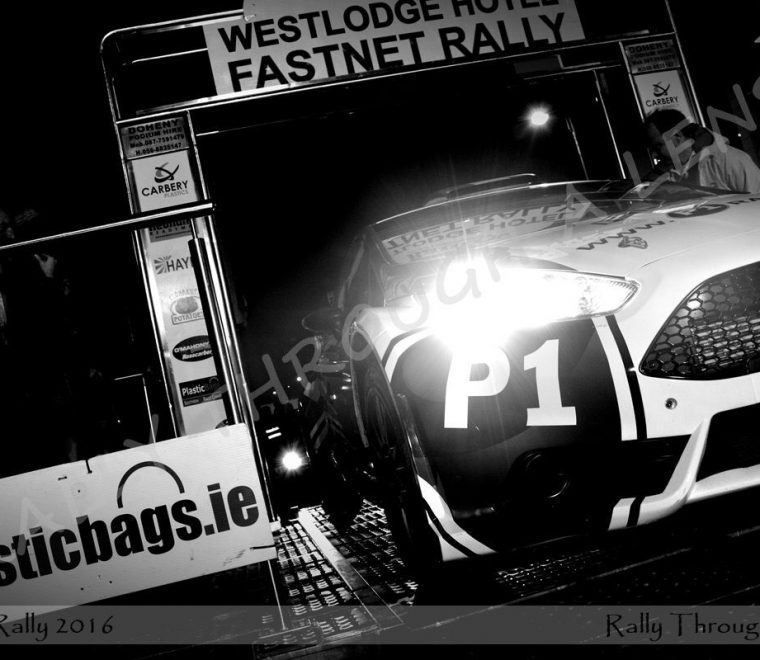 Shane Buckley had Lorcan Moore alongside as they made the trip recently to the Garda Síochána Motor Club (GSMC) Mini Stages, The event didn’t go to plan as the Mayo crew retired from the event on Stage 2.

Lorcan Moore was also navigating for Darren Barrett, they finished an excellent 4th in Class 16 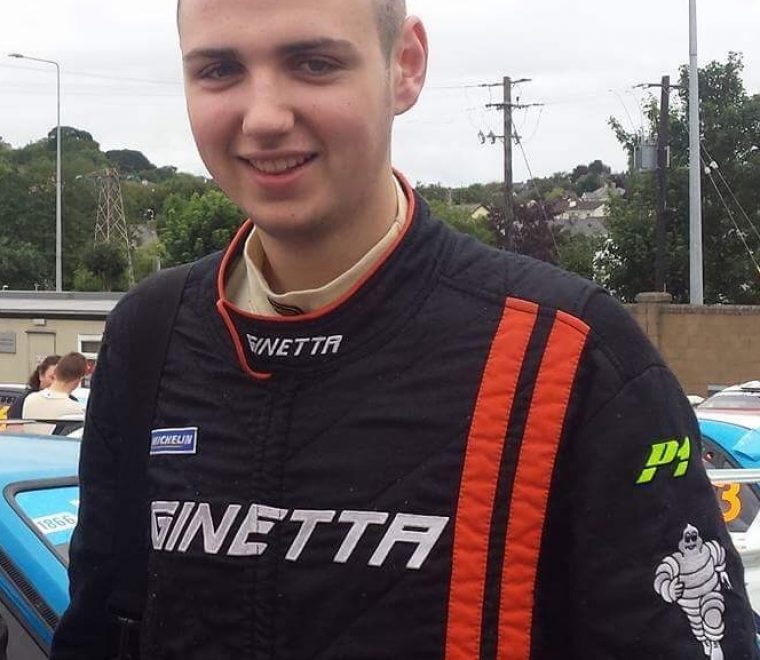 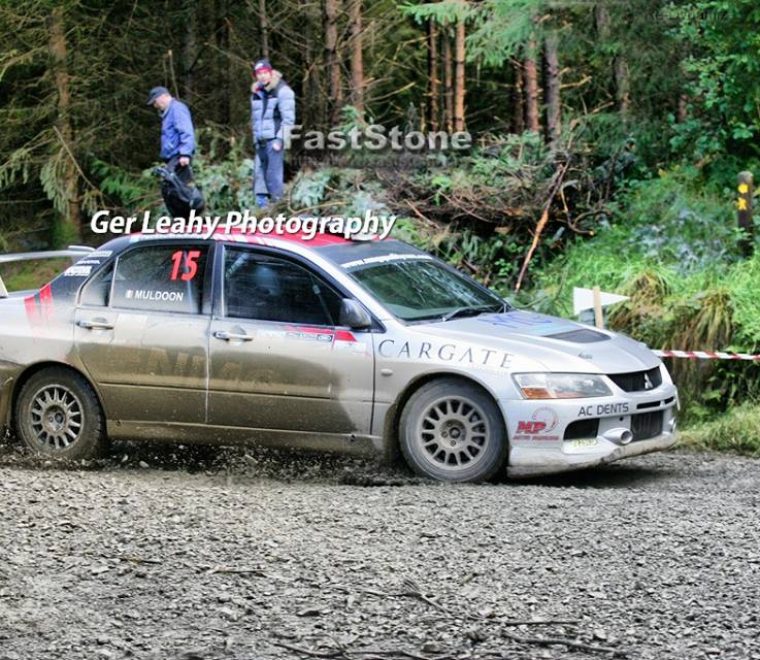 Aidan Gannon was navigating for Anthony O’Brien in the Hermicuda Rally in Belgium, they retired their Evo on stage 4 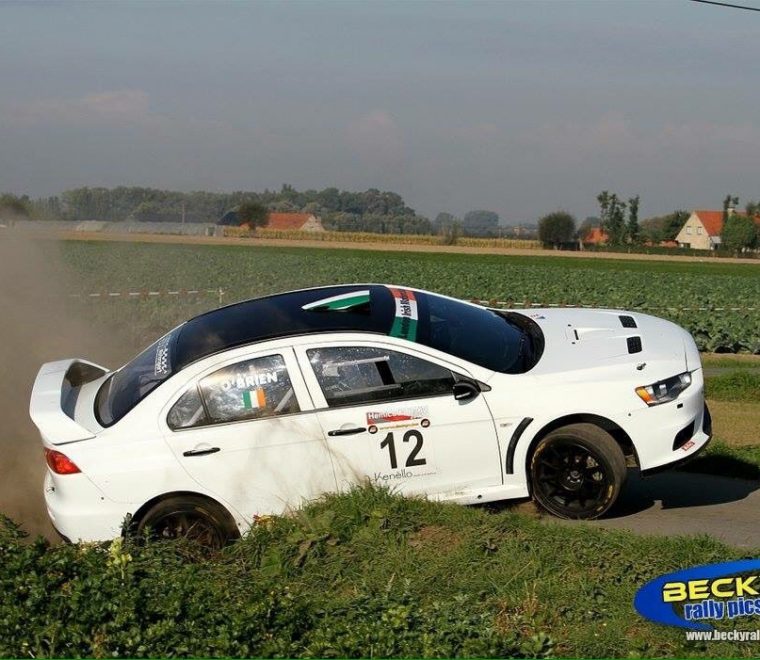 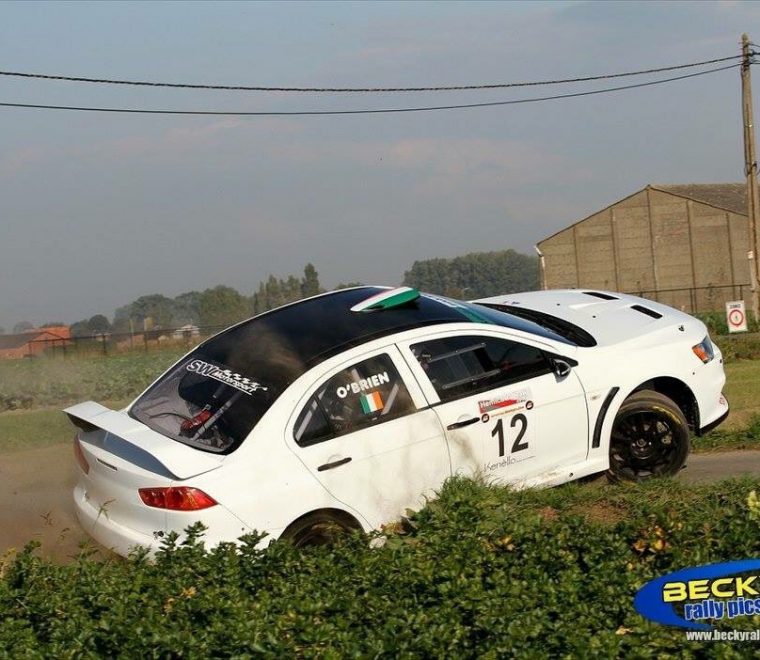 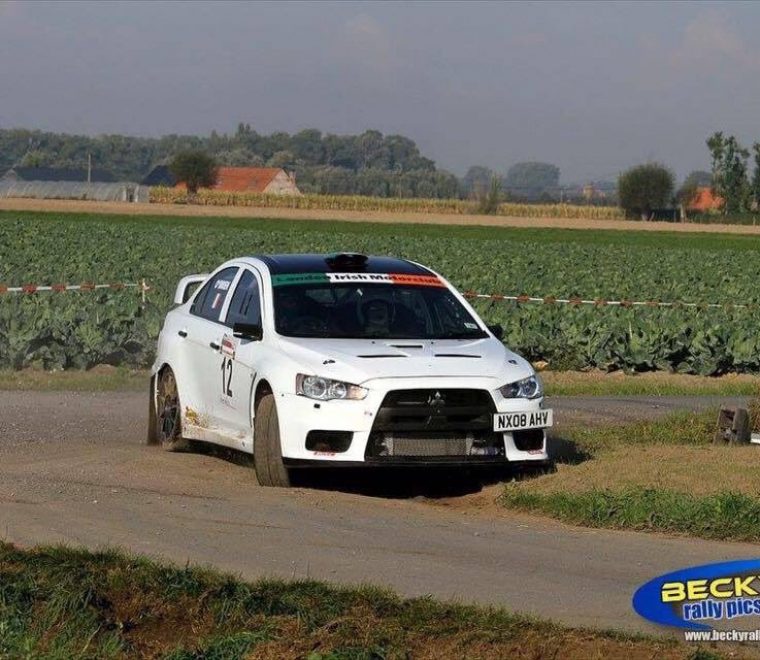 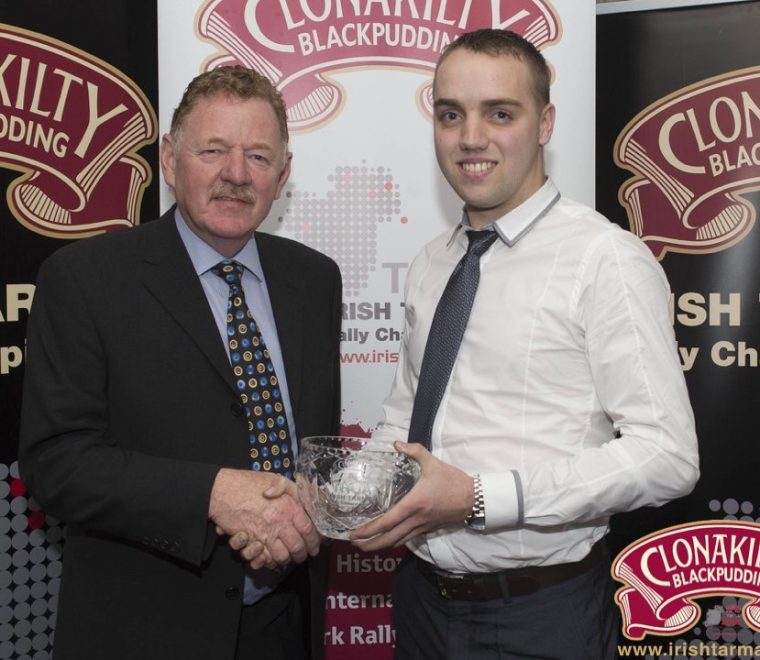 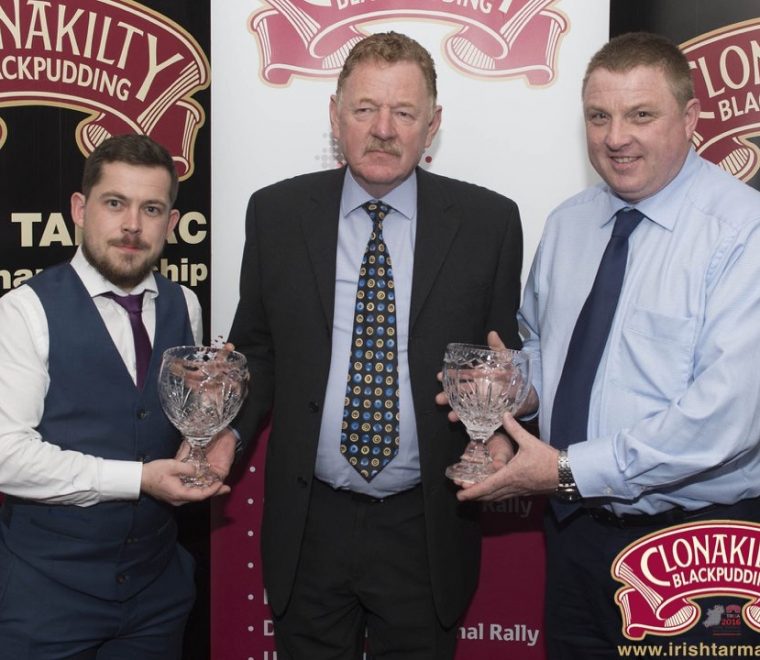 Donegal’s Declan Boyle and Brian Boyle, in their Fiesta WRC, won the Donegal Harvest Rally by almost one minute and 40 seconds from Manus Kelly and Gareth Doherty in a Subaru Impreza WRC in superb conditions over some great stages in south west Donegal last weekend. Niall Maguire and Enda Sherry also in a Subaru Impreza WRC rounded off the top three.

The event seen a finale for two Rally championships the Sligo Pallets Border Championship and the Triton showers National Rally Championship, both of which had major Mayo interest in overall class awards.

In Class 11R Castlebar’s Barry Cuffe secured second place overall after a run of fine finishes in his Mk2 Escort, his navigator Stephen McGing from Westport went one better when his points total from the year was enough to give him the overall Class 11R Navigator win.

Foxford’s James McGreal and his navigator Chris Mitchell took their Mitsubishi Evo to overall comfortable Class 15 honours, the pair also topped the Class 15 honours in the Triton Showers National Rally Championships. McGreal a former overall winner of the Border Championships in 2000 was delighted with his first season in the Evo which was only acquired on the run up to the opening event of the year, the Mayo Stages rally back in March.

18 year old Lorcan Moore from Crossmolina topped of an excellent 2016 by claiming the runner up spot in the navigator section of the Class 15 Border Rally Championships, after a string of super results in 2016 the future is most definitely bright for the young navigator. 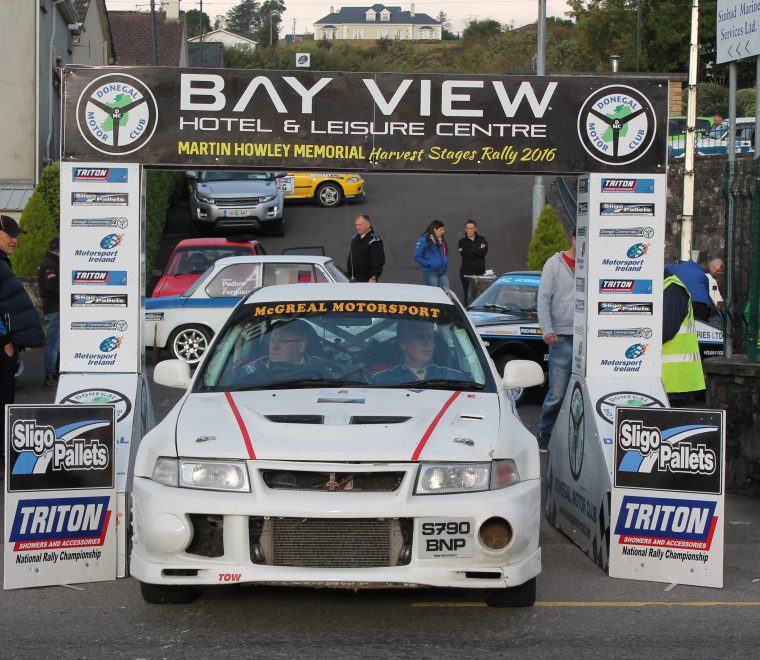 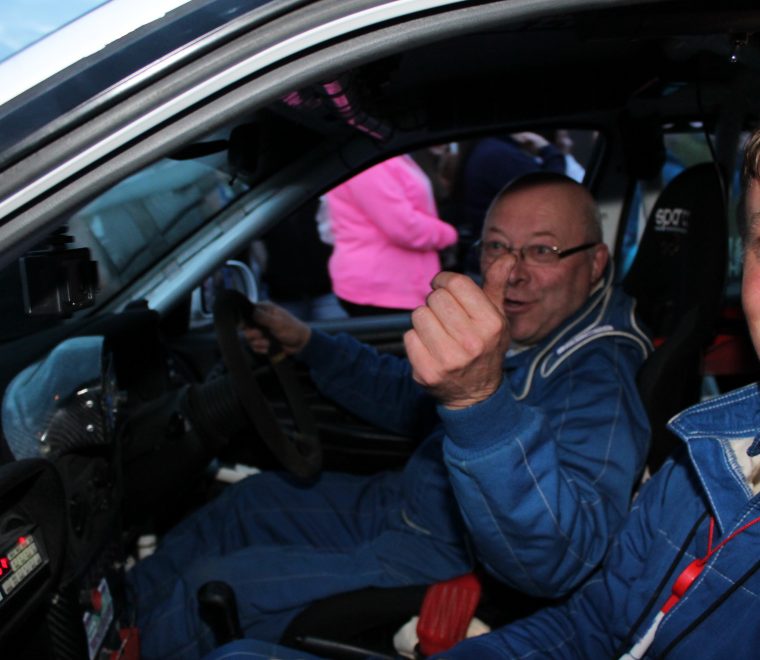 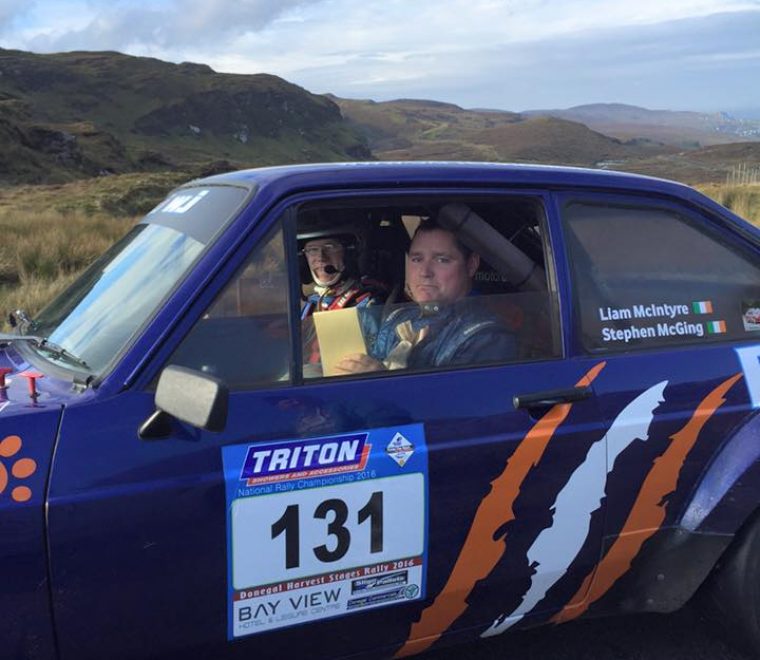 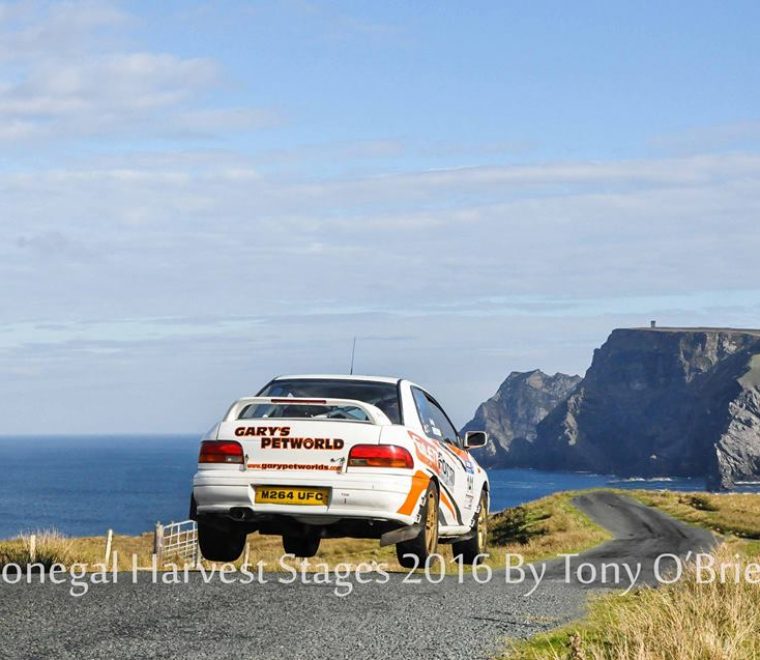