Monaghan young gun, Sam Moffett and his navigator James O’Reilly managed to hang on in the final stages of the Donegal International Rally to claim a historic victory as one of the youngest teams to ever claim the title. 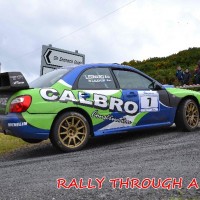 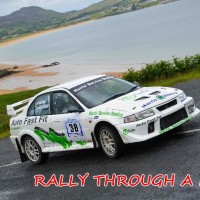 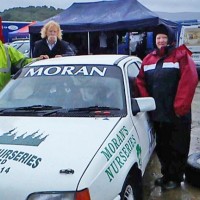 They brought their Subaru Impreza WRC home to a 90-second victory over the Ford Focus of Donagh Kelly and Kevin Flanagan after three days, with many of the stages made very slippery by wet conditions.
Defending champions Garry Jennings and Neil Doherty finished third after picking up a three-minute time penalty on Sunday morning, having led for the first two days.
Former National Champion, Claremorris man, Paul McLaughlin navigated Seamus Leonard to a well-deserved fourth place overall in their Subaru Impreza.
Other local club members that didn’t fare as well included, David Doherty from Ballinlough, his rally ended on Saturday when the engine in the Evo 6 he was navigating in for Gavin Harris gave way on the famous Knockalla stage.
Alan Moran from Foxford had fellow club member Jared Gill on the notes, their event didn’t get the chance to get into full swing as their Opel Kadett broke a driveshaft three km into stage1.