Double Delight for Barrett in Mayo

Double Delight for Barrett in Mayo

his June win in ‘The Valley’ and once again claimed victory on Mayo & District Motorsport Club’s Loose Surface July Autocross event on Sunday last. Driving a Semog Buggy, he blitzed his competition

early on and did not relent throughout the day to take a second comprehensive win in a row.

A full entry of competitors gathered for the third of four autocross events to be held this year. It was also a counting round of the 5 Star

Catering National Loose Surface Autocross Championship. This championship, which is sponsored by Batt O’Donoghoe’s Five Star Catering from Co. Cork, brought more new faces to the Mayo venue, all of whom were delighted with the facilities on offer.

Heavy rain overnight and during the morning meant that the track was extremely wet and challenging for all competitors; with slurry like sand traps laying in wait to bog down anybody who slid wide.

, setting a time of 4:17.54 almost ten seconds clear of the trailing pack on the first run of the day. Much like in the June event Ronan Mackle was his closest rival also in a Semog Buggy, with James Cassidy in another similar machine rounding up the early running at the front of the field.

On the second run the rain had stopped but conditions remained challenging due to the level of ground water. Barrett’s time from the first run couldn’t be bettered even by the man himself. However, Donegal man Seamus Donnelly managed to come within a second of the time in his buggy and in doing so moved into second place. Martin Tynan from Monaghan

managed to break up the buggy dominance in his Mitsubishi Evo by moving up into third position overall.

This left things finely poised as we headed into the third and final run of the day, with top positions still up for grabs. Both Barrett and Donnelly failed to set a time for mechanical reasons but their rapid times from earlier in the day meant they took first and second overall, respectively. The big mover was Padraig Egan from Clare in yet another Semog Buggy. He set an excellent final time of 4:20.83 to take the final podium spot, relegating Martin Tynan to fourth.

In the numerous classes

2 in his 1600cc 8 valve Nova. Declan Raferty in his Peugeot was second with Seamus Coffey third.

in the class with his first time of the day, despite his day to a premature end when he rolled his Peugeot 206 on his second run, the only damage being panels and pride. Rodney Donaldson from Enniskillen was third in an Escort.

John Gordan from Newry was the winner in class 4, ahead of Ashley Ruthledge and Walter Burke, all in Ford Escorts.

was hotly contested and Martin Tynan did enough in his Evo to take top honours. Patrick O’Brien was second in a similar car

with Foxford man James McGreal third in his familiar Subaru.

Johnny Kenneally travelled all the way from Cork to win

class 6 in his Honda Special.

his dominance of class 8 for Junior competitors in the family Corolla.

Father and son duo Seamus and Oisín Coffey from Ballyhaunis were both competing for the first time, ironically in a Peugeot 205 that in the late 1990’s brought much success to fellow club member Sean McHugh. Despite having water related problems early in the day, they finished brilliantly with young

Oisín gaining in confidence and speed as the day went on, taking second in the Junior class. Andrew Moore from Meath also on his first outing on gravel, finished third in a Peugeot 106.

There were many local Mayo competitors finishing well throughout the field Adrian Deane picked up the club award. Sean McHugh claimed the local

; Subaru’s are better than Evo’s bragging rights over Ed Muldoon, the Bekan man finishing one place ahead of the Westport man. Tony Langdon and Patrick Durkan from Ballina double drove their Peugeot 106 and put in some good times in the competitive

class 3. Patrick McEveny senior was double driving with son Patrick Jnr and he finished seventh in class 3. Martin Hastings from Bonniconlon drove his Renault 5 to 10th in the same class.

After yet another successful and well ran event 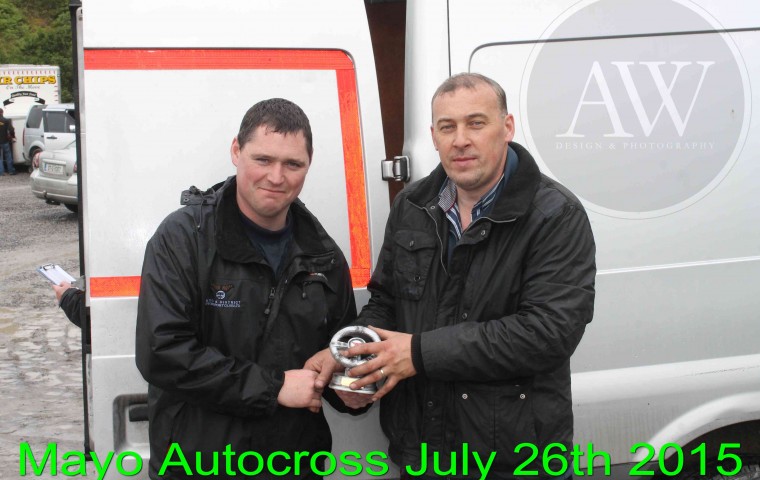 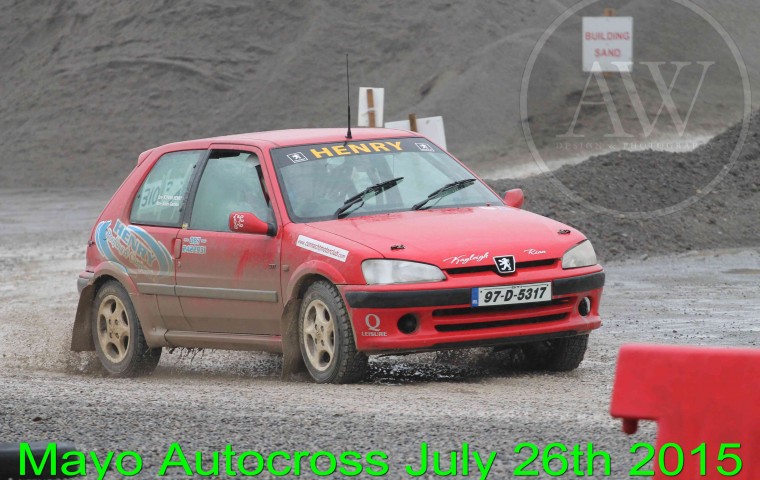 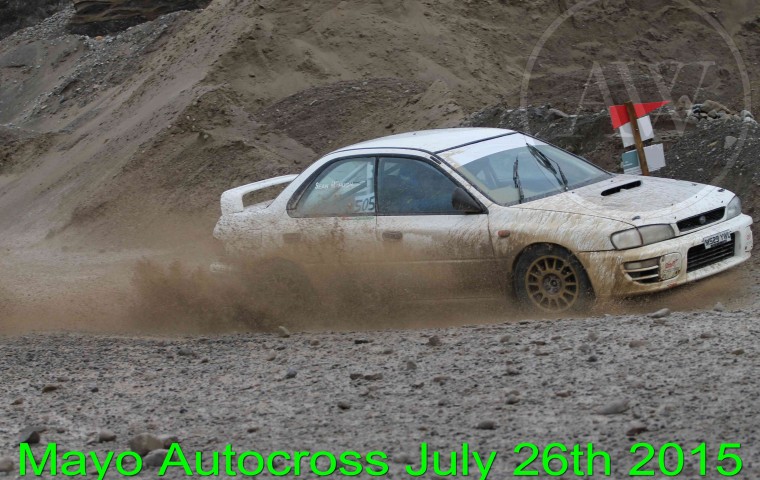 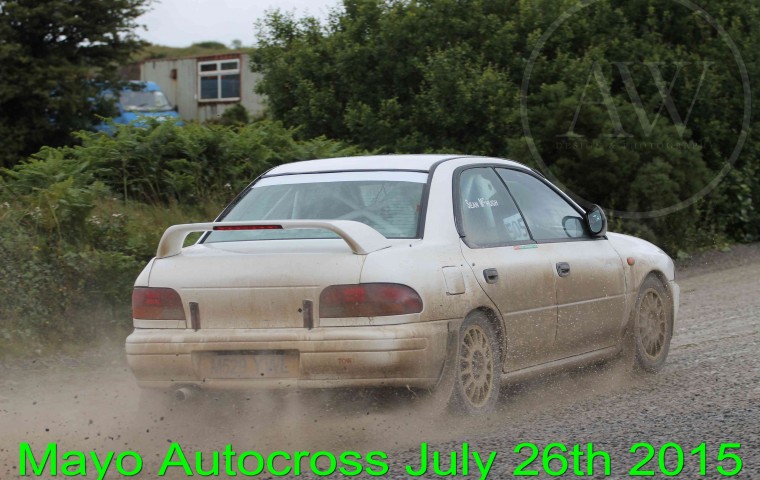 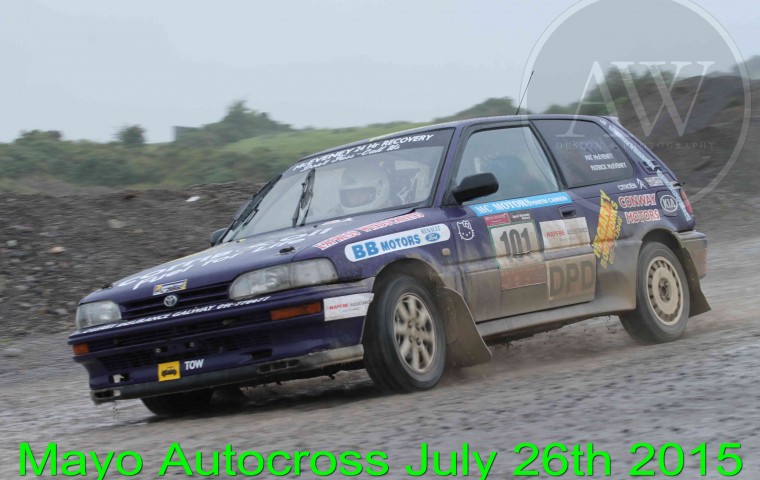 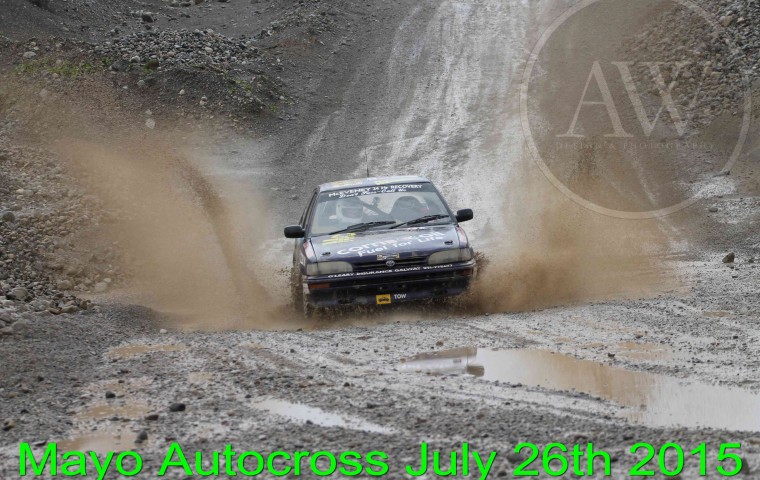 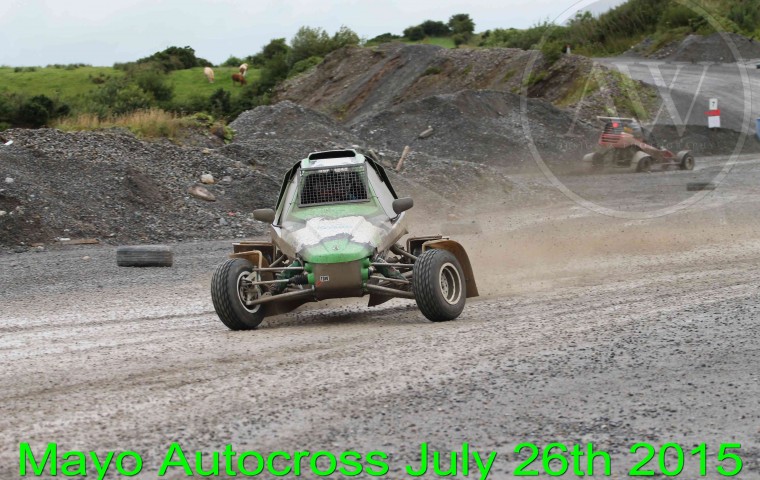 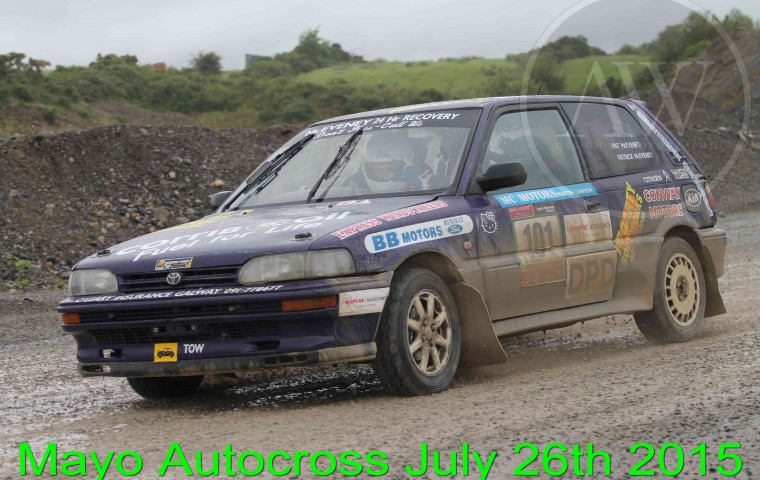 Patrick, even had time to wave! 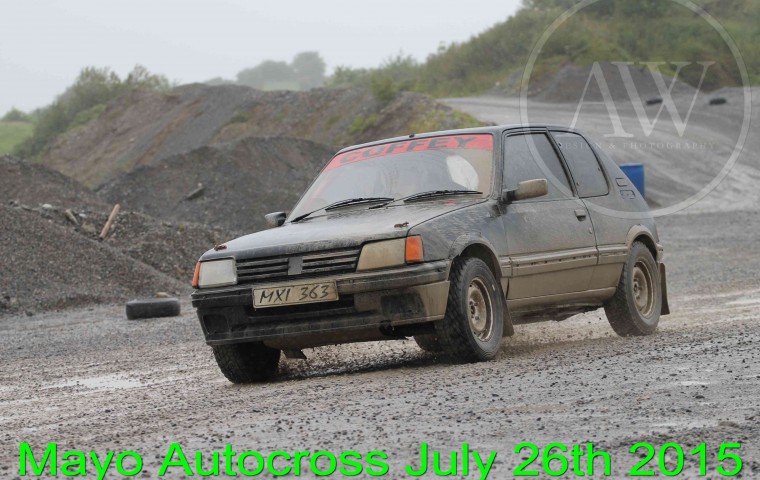 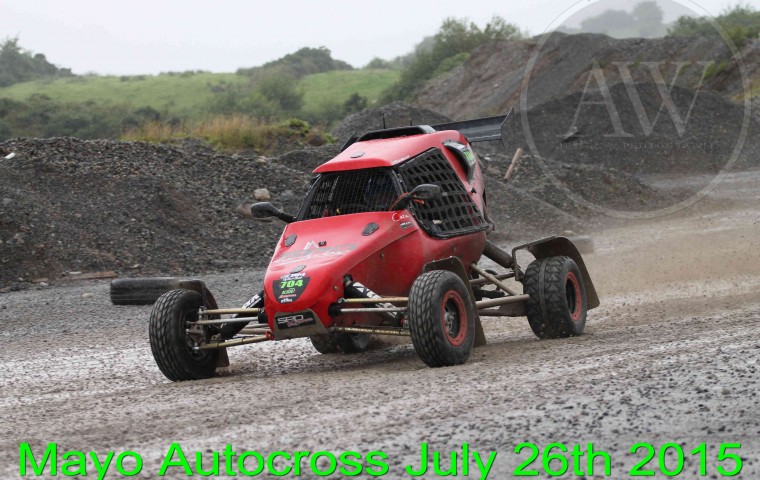 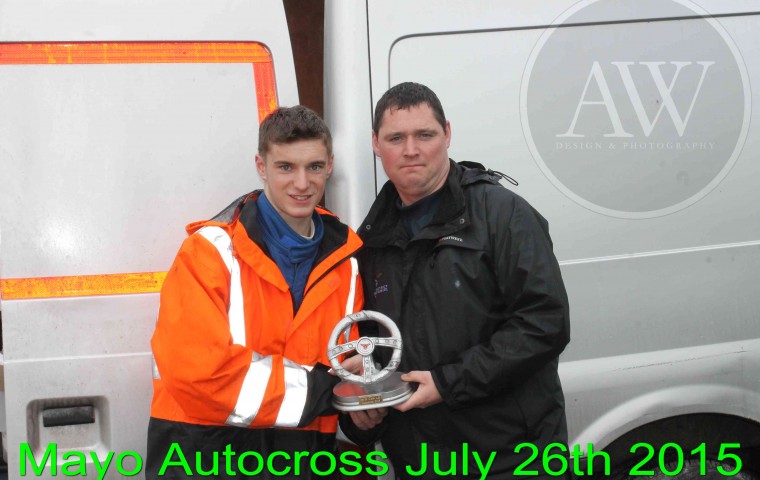 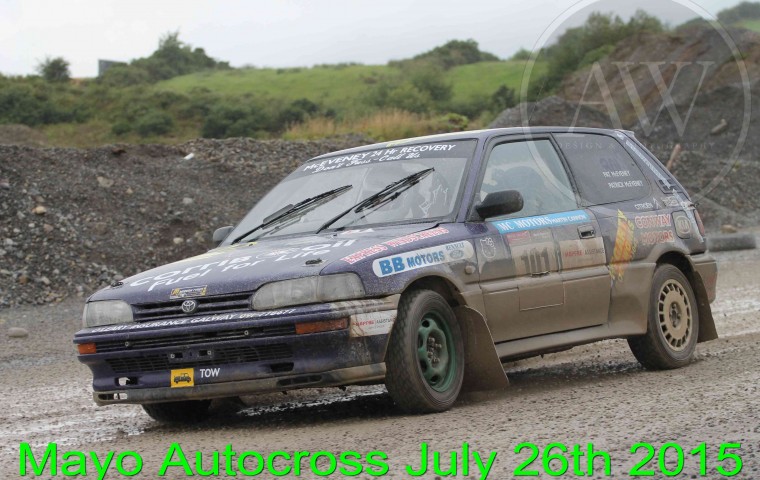 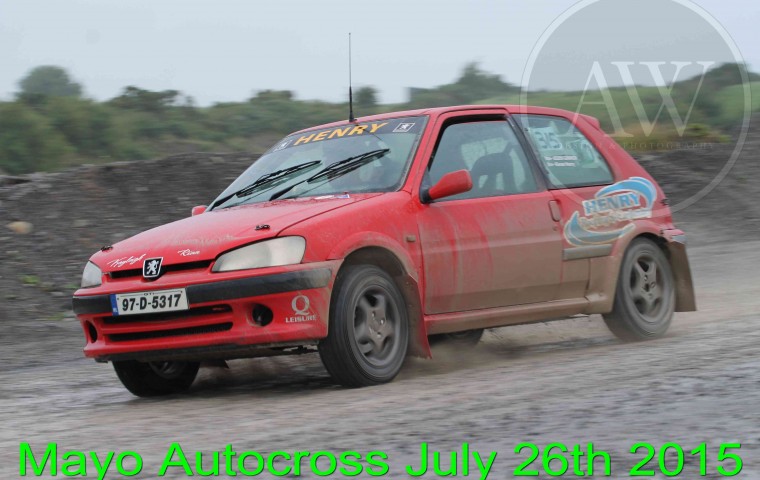 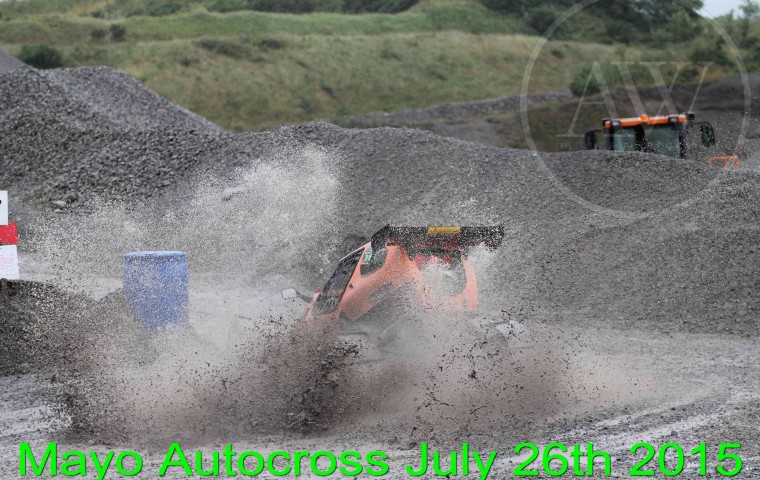 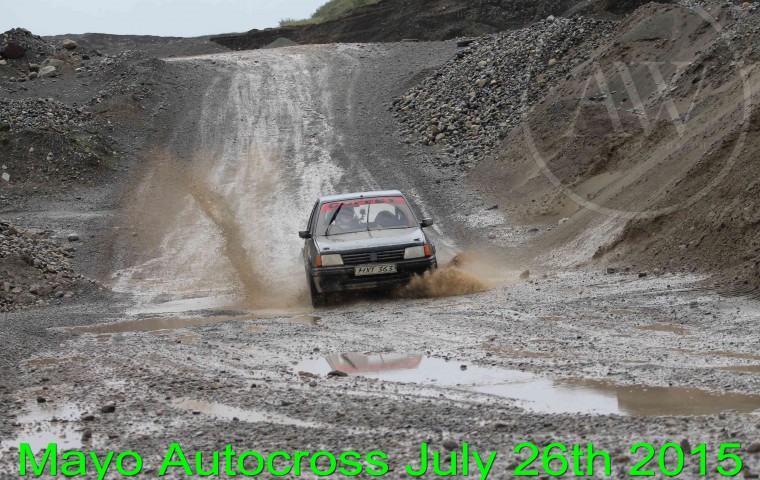 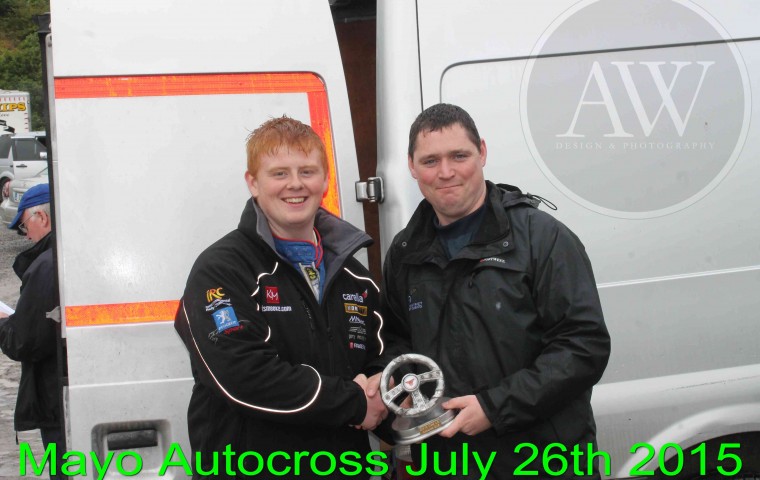 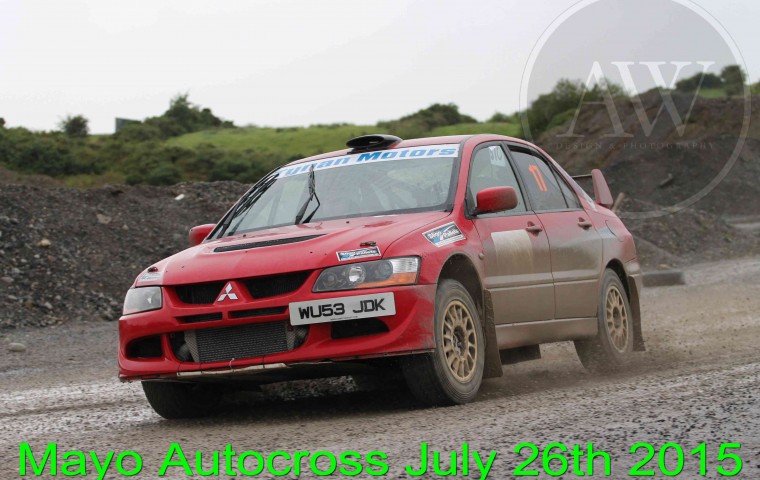 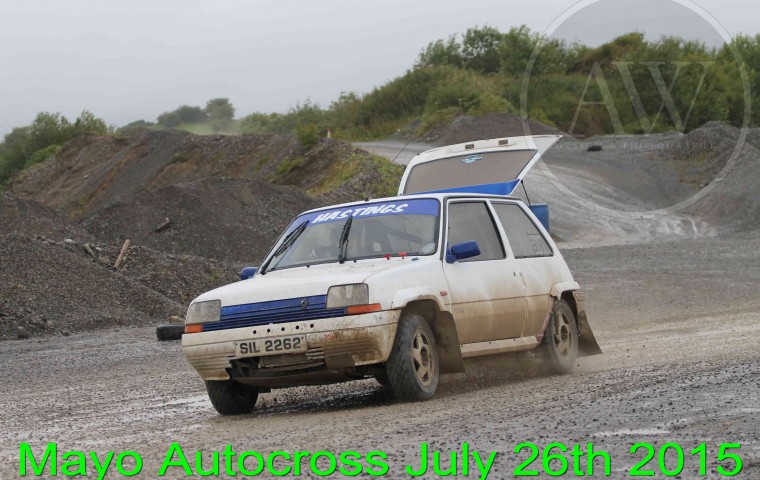 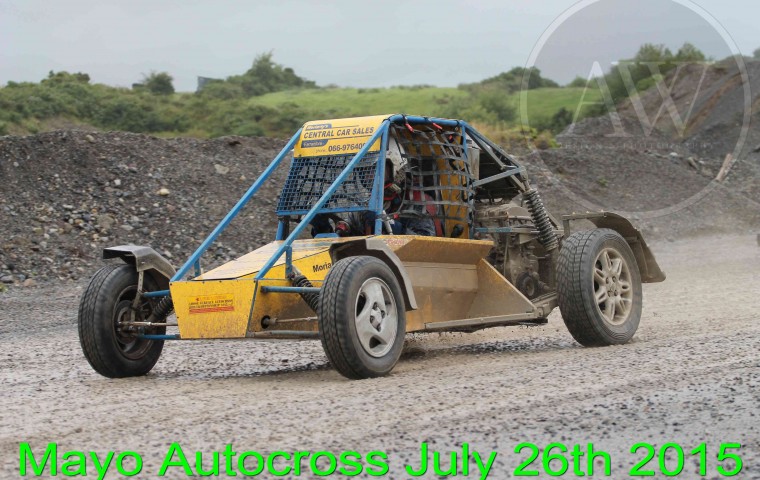 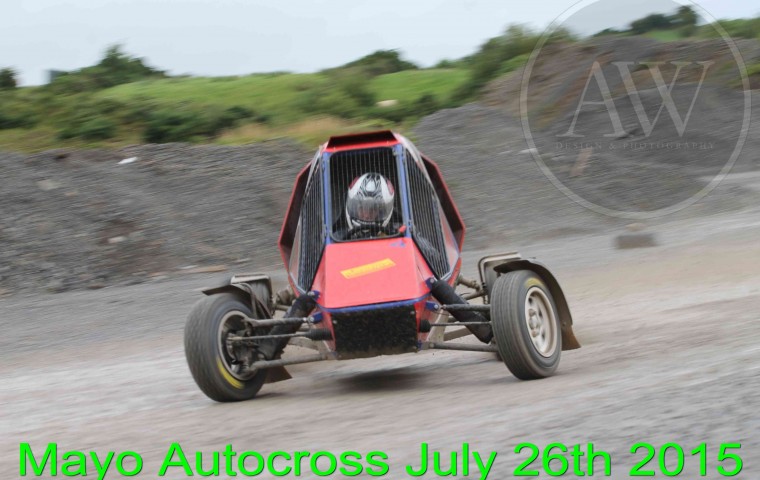