The Irish rally season, and more specifically the Irish Tarmac Championships, roared into action over the weekend with the Safety Direct Galway International Rally. The event took place over a challenging, eight special stages, ran in a one day format.
Triple British Rally Champion, Keith Cronin, from Cork, really showed his talent through the day’s slippy and tough stages, by upping his pace on virtually every stage to win the event, ahead of former, multiple Irish Tarmac Rally Champion, Eugene Donnelly.
Declan Boyle from Donegal rounded off the top three in a Subaru Impreza S12 WRC, behind Cronin’s Subaru Impreza WRC S11 and Donnelly’s BMW Mini WRC. 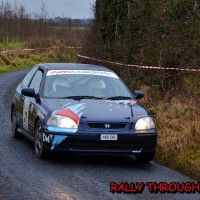 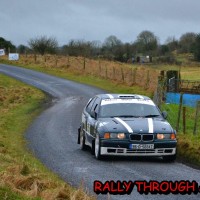 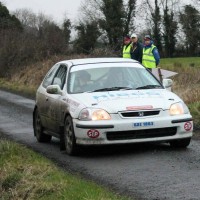 Local Mayo interest was with Bekan’s Sean McHugh and his co-driver Liam Healy from Achill, who started well in the National Rally, before the Achilles Heel of their BMW M3 Compact – a broken driveshaft – brought early retirement on the third stage.
Faring better was Niall Morley from Knock, Co-driving for Pat Hibbitt from Galway. The pair brought their Honda Civic home in 35 place in the National section, having got progressively quicker throughout the day.
Bringing home crystal from Galway were Justin Ryan from Headford and his new navigator Garry Collins from Cong. The pair brought their Honda Civic home in third place, in the junior section of the Rally. After a sluggish start on stage one, they steadied the ship and found themselves in contention for a podium after no mistakes over the remaining stages.
attention now turns to the Mayo Stages Rally which takes place on March 10th, with entries already coming in rapidly for the Ballina based event.