Joule buggy unearthed in the Quarry

Joule buggy unearthed in the Quarry

Ian Barrett from Maynooth achieved a long-held ambition on Sunday by claiming his maiden victory on Mayo & District Motorsport Club’s second Autocross of the year. In doing so he became the fifth different winner of the popular loose surface series in as many events, at the challenging 2.7 km circuit at Harrington’s Quarry near Swinford.

In what was another enthralling day of motorsport with an almost capacity entry, all the hard work from event COC Stephen McGing from Westport and his team paid dividend as the track held up to its reputation as one of the best in the country.

Derry’s James Cassidy in his Semog Buggy outlined his intentions from the start, setting a time of 4:09.32 almost two seconds faster than Mac Walsh in a similar machine, with Barrett just a couple of tenths of a seconds back in third in his Joule backed Buggy.

On the second run however, Cassidy failed to set a time and Barrett took full advantage by setting a 4:02.99 to see him almost 9 seconds clear of the field. Ronan Mackle climbed to third in his Semog Buggy, relegating Mac Walsh to fourth. Their machines were just many of the Semog Buggies that were flying all day and were spectacular to watch throughout the circuit.

All of this left the battle finely poised heading into the third and final run of the day. But despite Down man’s Mackle’s bettering his time by a second it was Barrett who came out on top overall, with his second run time enough to give him victory after breaking a driveshaft on the last run meant he did not set a time. Mackle’s fine final run saw him take second, while Martin Tynan managed to break into the crowd of Buggies, double driving his father’s Mitsubishi Evo and took the final podium spot, just three tenths of a second behind Mackle.

Away from the leading protagonists, competition was just as fierce in the various classes, Ruairi Maguire from Tyrone won class 1 in his Corsa, with Darren Connolly from Tyrone second and Joe Shinnors from Limerick in third both driving Novas.

Nobody could match Nineteen year old Derek Mackarel from Clones in his 1.6 Vauxhall Nova, taking a break from sitting his Leaving Certificate, not only did he win class 2 but was also top two wheel drive overall. Local competitors featured heavily in Class 2, with Stephen Doherty from Foxford in second and Westport’s Alan McGuire third, despite not setting a time on the first run in his 205. Peter McManamon from Achill and Terry Greavy from Bonniconlon finished fourth and fifth in class 2 respectively.

Alan Moran from Foxford won Class 3 in his Peugeot 206 and picked up valuable Mayo & District Young Driver’ points in the process. John Burke from Galway finished a fine second in his similar 206, closely followed by Chris Snow from Oldcastle, also in a Peugeot 206. South Mayo man and Club Chairman Matthew Murphy came home fourth in a Twin Cam Corolla, Fellow club member David Healy was fifth with Liam Healy from Achill seventh in his Civic, Brain McDonnell from Ballindine was eighth, Castlebar’s Patrick McEveny Snr ninth and the Renault 5 of Martin Hastings from Bonniconlon managed tenth in class.

Class 5 was won by Galway’s John McGeehan in his immaculate Impreza, with Michael Tynan double driving the family Evo to second. Dermot O’Hagan from Omagh brought home his Evo 6 in third. James McGreal was fourth and took home the Mayo & District Club Award in the process; despite having gearbox problems throughout the day. David Carney made a welcome return to quarry action in an Evo 7 and took fifth, with Bekan’s Sean McHugh eighth, Westport’s Ed Muldoon tenth and Killala man Padraig Roche eleventh in an Impreza.
The ultra competitive class 7 for buggies was won by Mac Walsh who had been fighting for overall honours all day, second was fellow top man James Cassidy with Michael McCrossan in third in yet another Semog Buggy.

Class 8 for Juniors was an all Mayo affair with the class being won by Patrick McEveney Jnr from Castlebar driving the family Corolla, with Crossmolina man Lorcan Moore in second in his Citroen Saxo. Patrick’s sister Shauna made it a great day all round for the Castlebar clan by taking the Ladies Award.

Two rounds of the 2015 down and with two different winners the championships is wide open. Round three takes place on July 26th. 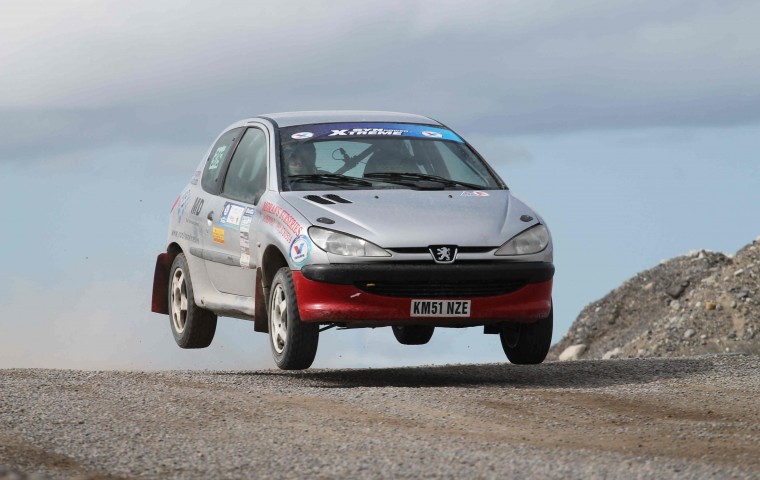 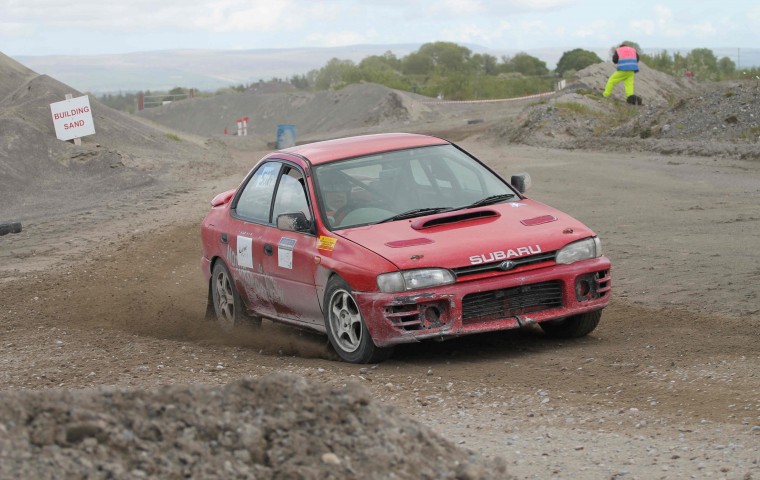 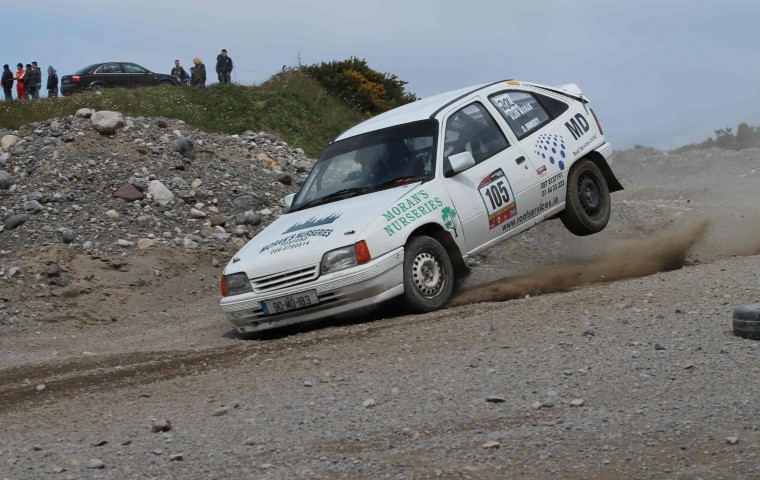