Killarney Rally of the Lakes 2012

Killarney Rally of the Lakes 2012

Photos courtesy of Rally through a Lens. http://www.facebook.com/rallythroughalens

David Carney claimed one of the biggest victories of his career to date by winning the Citroen Racing Trophy section of the Killarney Rally of the Lakes at the weekend. In the process, the Aughagower driver finished a highly creditable sixth overall on the International category of this prestigious rally. Despite early brake problems on his Citroen C2R2 Max, Carney held a comfortable second in category from the start, initially behind championship leader Kevin O’Connor, with Kieran Daly then taking over the lead.
When Daly hit gearbox problems on the second day, the Mayo driver was ideally placed to sweep to his first victory of the season, and revitalise his championship hopes after three of six rounds. 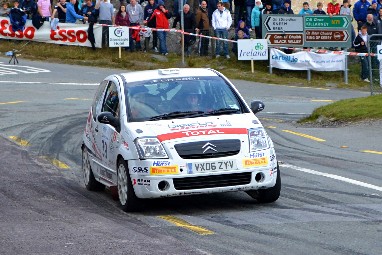 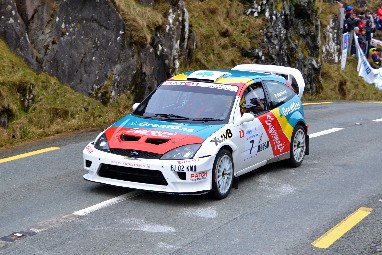 The Rally of the Lakes was won by Corkman Daragh O’Riordan for the second year in succession, with Tarmac Championship leader Darren Gass in second.
Tim McNulty and Eugene Donnelly were among the big names to fail to make it back to the finish, as were two other Mayo & District Motorsport Club competitors. Aaron MacHale retired his Focus WRC midway through the first day with clutch problems, while Castlebar’s Chrystal Culkeen who was co-driving for Kerry’s Jonathan Courtney went no further than stage two after suffering engine failure on their Ford Escort.