Mayo & District Motorsport Club members John Warren and Ruthann O’Connor travelled to the Laois Heartlands Stages Rally on Sunday last. The event consisted of two, challenging, twenty kilometre special stages, each ran three times.
The Ballinrobe based pair; got off to a great start in their McHales Farm Machinery backed Toyota Corolla twincam and at the half way point had themselves up to 15 place after starting 30in the morning. They battled hard over the last loop and swapped places with the surrounding cars and at the end of the last stage finished the event in a fantastic 14 overall, and fourth in class 13, narrowly missing out on 3d in class by less than six hundredths of a second.
Afterwards the overjoyed driver and navigator were elated even more when they found out they were the first Toyota Corolla twin cam to finish, winning a special incentive competition “Toyota Twin Cam Challenge” ran by the Laois Motor Club to promote the rally.
A really Toyota-reffic end to the weekend for the pair. 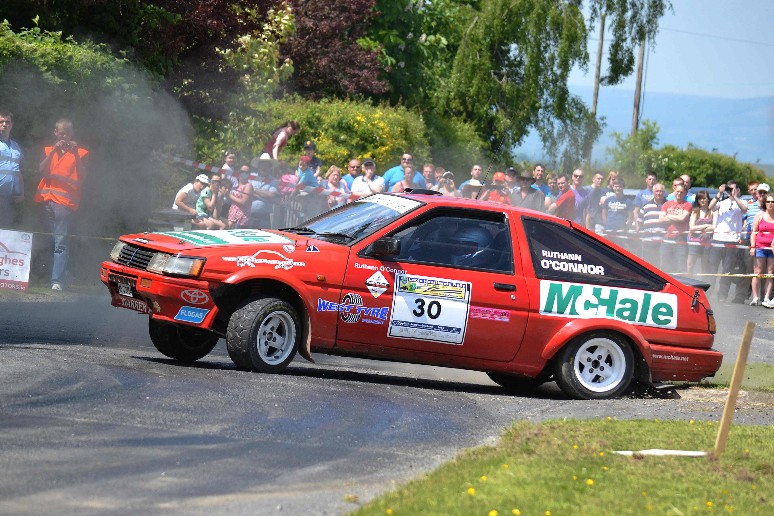