In a busy weekend for Mayo & District Motorsport Club members the highlight was down south at the Cork 20 international Rally, Aaron MacHale and Paul McGee were crowned the 2015 Clonakilty Blackpudding Irish Tarmac Group N Champions with a 10th place finish overall giving them the necessary points to take the crown.

Speaking afterwards Ballina based McGee said “We’re absolutely delighted, the battle with Brendan Cumiskey and Ronan O’ Kane in their Impreza went right down to the wire, but Aaron kept his nerve and we done it, it feels great and we owe a lot to the team at Philip Case Rallysport for looking after the Mitsubishi Evo, that and Killian Duffy’s Pacenotes of course!, I never imagined this at the start of the year, We’ve had a brilliant year. A fair bit of effort goes in behind the scenes and we are lucky to have a great team and sponsors behind us.”

Donagh Kelly put in another flawless drive to win the event; he brought his Ford Focus WRC home 1 minute and 45 seconds ahead of the Keith Cronin in a Citroen DS3. Also putting in another exceptional display were Pauric Duffy and Kevin Glynn, the Mayo club members brought the P1 Rally Rentals Fiesta R5 home in 7th place and third in Class 5.

Elsewhere at the weekend, Alan Moran, Sean McHugh, James McGreal and Lorcan Moore were among a large entry that gathered for the running of Connacht Motorclub’s Autocross event at the new venue in Aughamore, Co. Sligo. Triple driving Sean McHugh’s Impreza, it was Moran that settled into the grove setting two second fastest times overall on two of the four runs, despite getting quicker during the day the two Subaru guru’s McHugh and McGreal couldn’t get a look in at the young Foxford prodigy, who went on to finish the event in second place overall and take the top spot in Class 9. Despite having to settle for second in Class 9 McHugh was delighted, he had achieved a feat that he’s been trying to accomplish for a number of years, that being finishing ahead of James McGreal who had to settle for third in Class 9. Young Lorcan Moore from Crossmolina brought his Citroen Saxo home second in the junior class despite suffering a misfire throughout the day.

Also in action on Sunday was the father and son team of Seamus and Oisin Coffey from Ballyhaunis, the pair had their Peugeot 205 in action at Galway Motorclub’s Autocross event held in Ballycumber Co Offaly. It was a fruitful outing for the pair, Seamus took away third in Class 2 while Oisin secured second in Class 8. 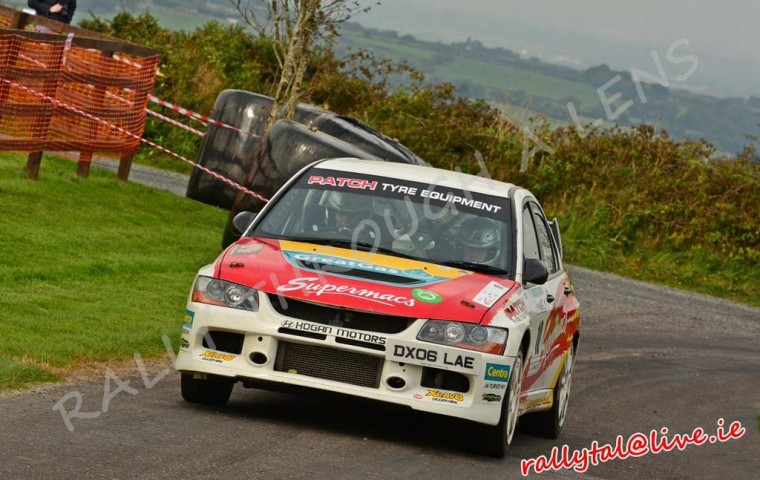 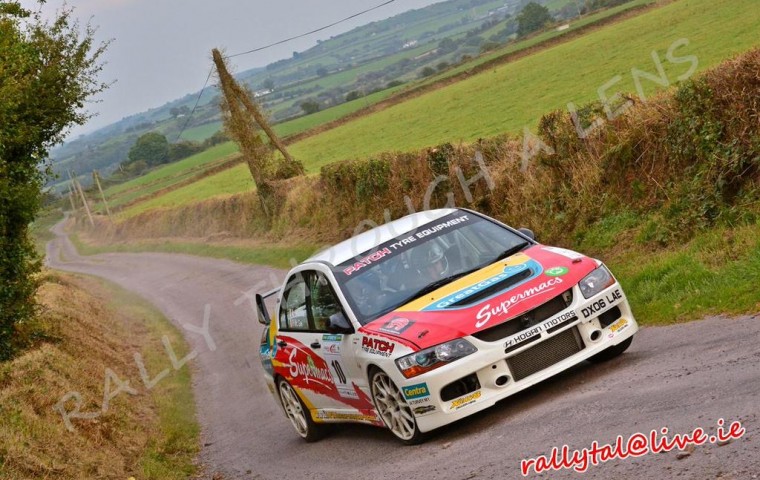 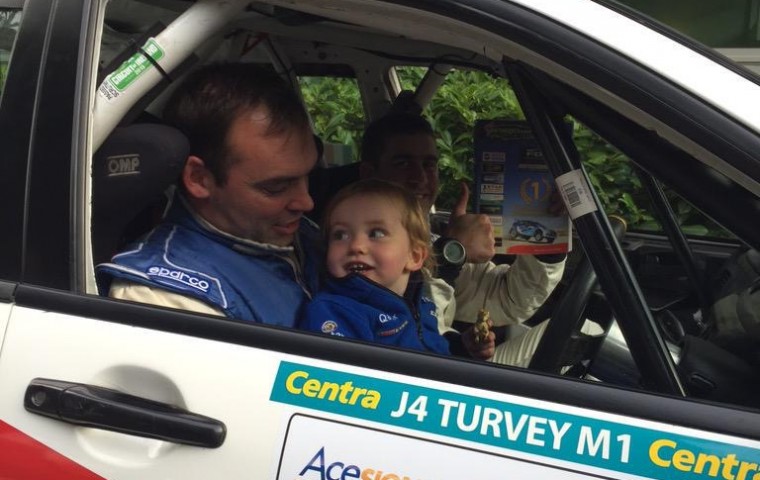 Aaron with his son and Paul McGee Group N Champions 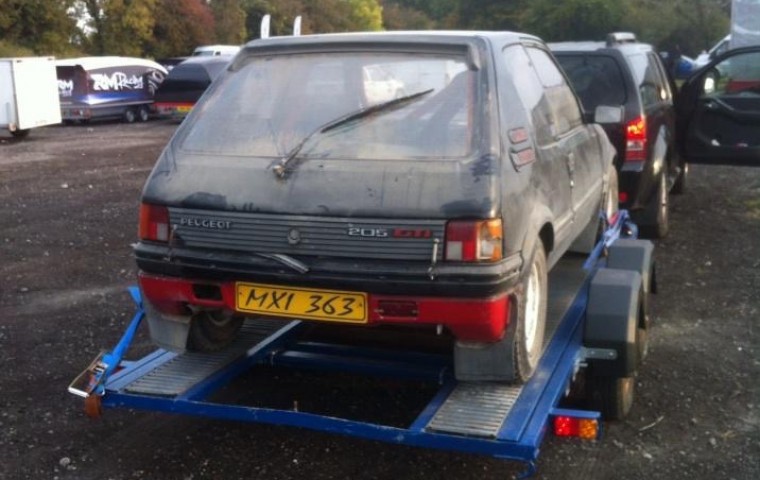 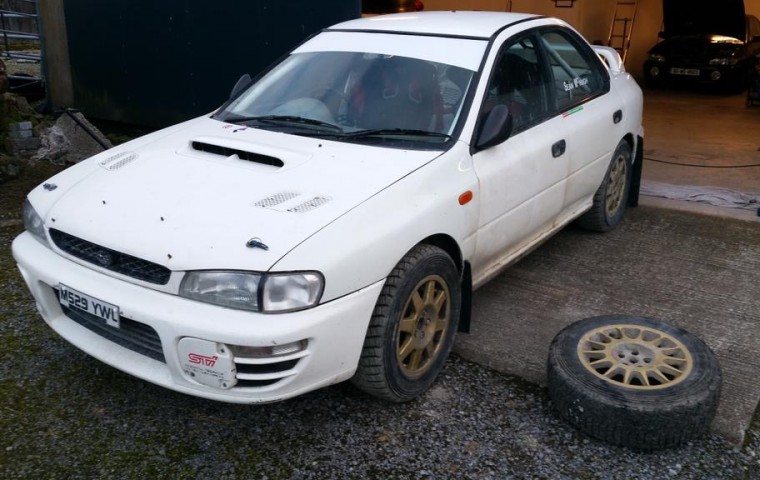