Barry Cuffe and Shane O’Brien were highest placed Mayo finishers on this year’s Abbey Hotel Midland Moto Stages Rally. The Castlebar pairing got progressively quicker throughout the day and finished 39th overall in their Escort. Ciaran Kennedy and Pat O’Hora just missed out on a class 2 win in their Honda Civic after leading for much of the day. They finished 42nd overall after just being pipped on the final stage. John Warren and Ruthann O’Connor had a fantastic start to the day and after stage 4 were 12th overall. But after a brush with the scenery in their Corolla on stage 5 they lost 10 minutes to their rivals which they were unable to claw back. They eventually finished in 48th overall.
Unlucky not to finish the event was Niall Morley from Knock who was co-driving for number one seed Daniel McKenna. Suspension damage on stage one put an early end to their day.
A tight finish to the rally saw Chris Armstrong from Cavan come out on top over Rodney Wilton. The pair battled for the top spot throughout and only 3 seconds separated them at the finish. Pat Donegan rounded off the top 3 in a podium dominated by Ford Escort Mark II’s. 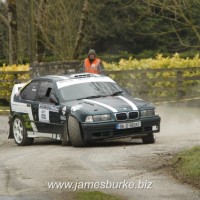 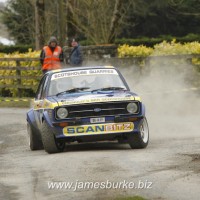 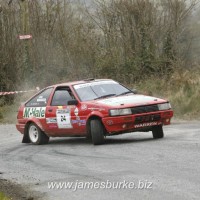 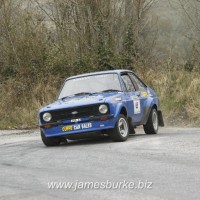 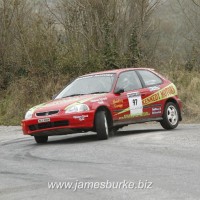