Fantastic weather greeted crews and competitors as they returned to the ‘Plain of the Yew Trees’ after a fifteen year sabbatical of Forest Rallying overlooking the Atlantic Ocean in the west of Ireland.

In his Mitsubishi Evo Josh blitzed the competition on the opening stage setting a time 25 seconds ahead of his nearest challengers Martin Cairns & Gary McElhinney in a Subaru WRC. He maintained that margin until service and then went on to add a further 10 seconds to it, despite suffering a puncture on stage three, while afore mentioned Cairns fought and narrowly lost a battle for second place to Michael and James O’ Brien in their WRC Ford Focus.  Frank & Stephen O’Brien in their Mitsubishi Evo 6 held fast in fourth place all day.

Meath’s John Reid & E. Sheils took sixth place and the win in Class 7 in their fabulous Toyota Corolla WRC. Finishing the day in seventh place and first place in Class 4 were Ashley Dickson and Fabion McAleer in their Mitsubshi Evo 9. Damien McGauran and Michael McGinn brought their Corolla home eighth and topped Class 13.

In the hotly contested Junior battle, Patrick O’ Brien with Aine McGuigan along side in his Citroen C2R2 was in charge at the halfway service, holding the lead over Derek Mackarel in his Vauxhall Nova and Foxford’s Alan Moran in his Peugeot 206. It was stage 3 that proved the turning point as Mackarel and Moran both took time back off O’Brien and a further charge by the tenacious Mackeral on the final stage seen him steal the honours relegating O’Brien to second with Moran and his navigator John Burke finishing in third. The trio of crews were separated by less than 20 seconds at the end of the day, as they finished in ninth, tenth and eleventh respectively.

Westport’s Ed Muldoon with regular co driver Mark Byrne alongside was next best local in thirteenth overall  and second in Class 20, despite a slight off in to a drain after a chicane on stage 1, more slowing him as appose stopping him as he was grateful of the 4wheel drive in the DJ Rally Hire Mitsubishi Evo.

Westport man David Carney with Ray Fitzpatrick alongside, were seventeenth and winners of Class 11F in a Honda Civic. The all Mayo MotorClub crew of Sean McHugh and Paul McLaughlin put in a spirited drive in their Subaru Impreza to win Class 15 ahead of Foxford’s James McGreal and Chris Mitchell and also claim local four wheel drive bragging rights! Joe Stanley and Paul Dowling topped class 2 in their Peugeot.

Winners of the Mayo Motorclub top crew award were Peter McManamon and John McCarthy in their Peugeot 205 who pipped the father and daughter crew of Pat & Shauna McEveney in their Corolla.

Special mention deserved for the local crew of Padraig Connelly and Liam Walsh, who on their first Forest event finished a very respectful fifth in Class 11F.

Retirements on the event included Mickey Conlon and Ciaran McPhilips who ended their day early turning their Ford Escort on its roof midway through stage 1, Darren Barrett and Ciaran McCullagh on their first Forest Rally got caught out on a bumpy section losing control of their Honda Civic and succumbing to the scenery. Father and son Michael and Martin Tynan had the unlucky coincidence of both suffering engine trouble in their similar Mitsubishi Evo’s.

Overall it was a very successful return to Forestry rallying for the Mayo & District Motorsport Club, as COC Trevor O’Connell and his hard working team ran a safe and enjoyable event and the challenging route through the forests of Ballycastle proved a hit with competitors.

In overall Valvoline championship standings the results from Mayo mean that both the Overall and the Junior championships’ go right down to the last event in the Calendar, the Glens of Antrim Forest Rally on November 7th . 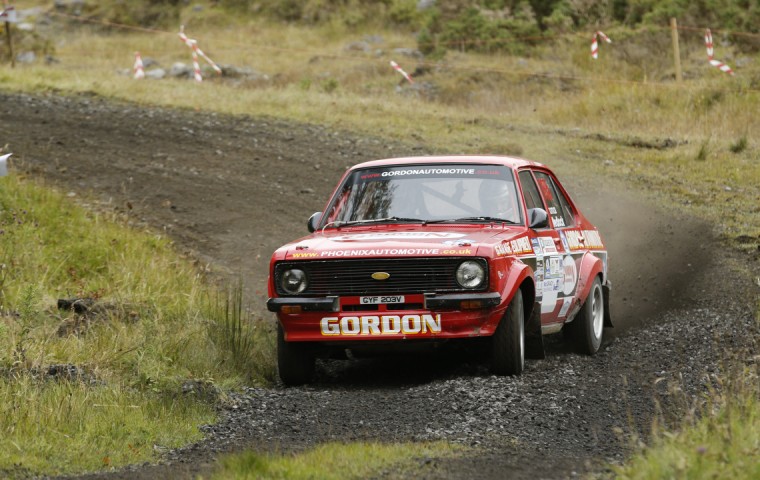 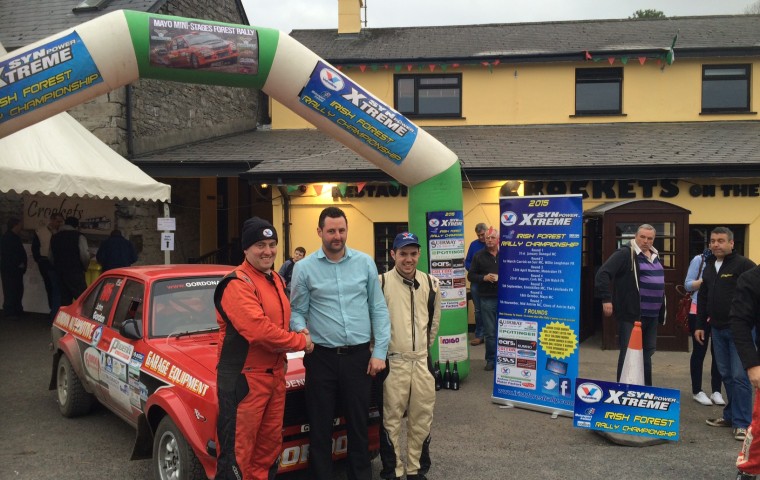 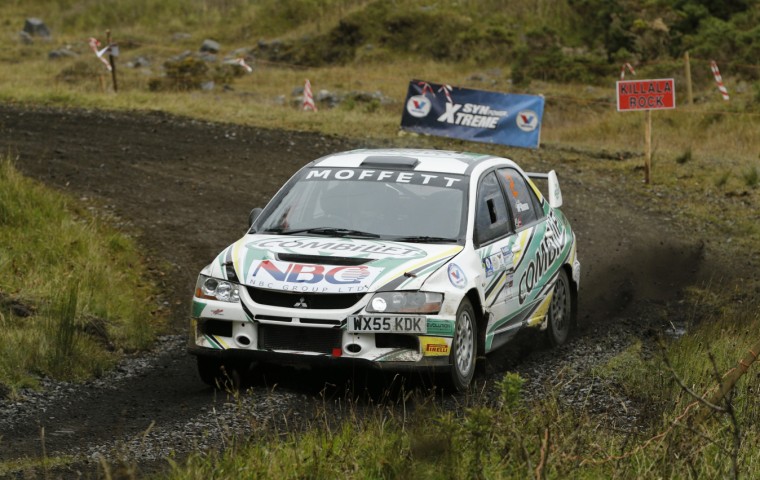 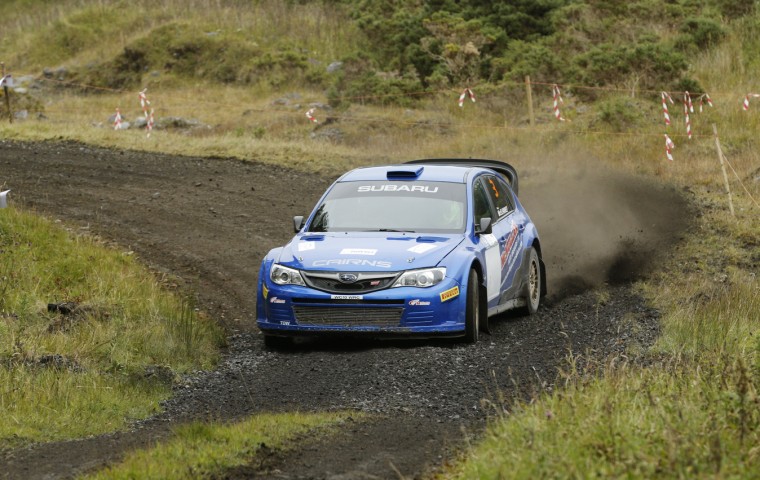 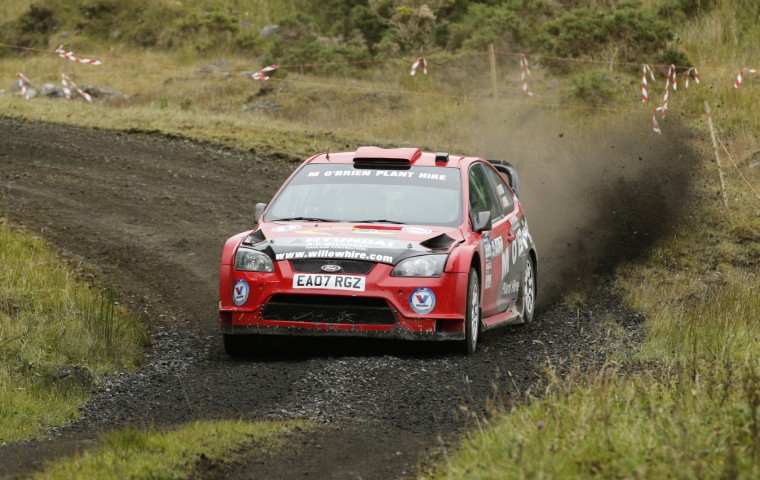 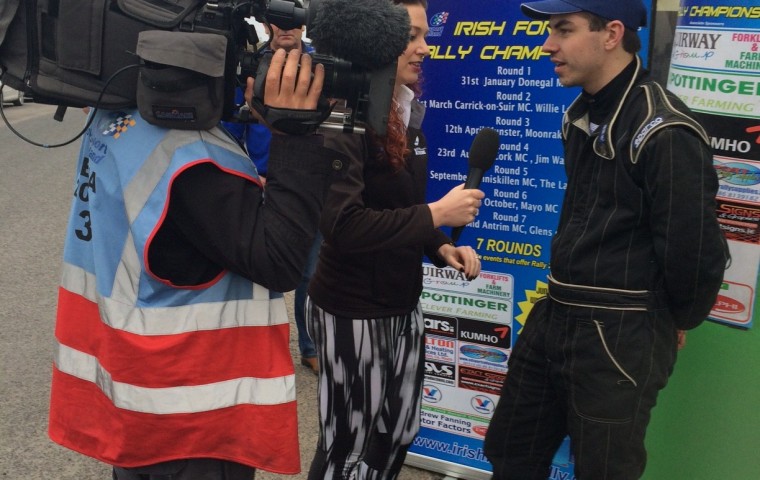