Motorsport News
The Mayo & District Motorsport crew of Ed Muldoon and Darragh Mullen made the trip on Saturday last to Omagh, for the opening forest event for the year. The popular loose surface, clubman event based in the Fivemiletown area , used the usual format of challenging but smooth stages in the Jenkin Hill, Crocknagrally, Brown Hill and Doon forests which also included a combined start and finish venue at the Bridge Tavern, Eskra.
On the opening loop of four stages the pair felt their Mitsubishi Evo VI to be down on power and after some tweaks and retuning during the afternoon service, a much better second half of the day seen the pair finish the event in 12th place overall. A good result for the London based Westport native Muldoon and his Sligo navigator.
Elsewhere this weekend on the Motorsport scene four members braved the heavy rain on Sunday morning as the 2015 Triton Showers National Rally Championship kicked off in Abbeyleix with the Birr Stages Rally. Best home flying the Mayo flag was Shane Buckley from Ballyhaunis who steered his Class 13 Honda Civic to 4th place in class and 19th overall.
Belmullet man Shane Barry was on the notes for Donegal’s Pauric McGee, the pair claimed top honours in Class 1, coming home 47th overall.
The success story of the day had to be the Westport pairing of David Healy and Stephen McGing. In what was the first event for both Healy as driver and McGing as navigator, they came from behind and claimed second place in Class 1 by four seconds and finish in 60th place overall on the last stage of the event. It was a super performance from the pair in their Honda Civic and now have plans to go on and compete in the 2015 championships. 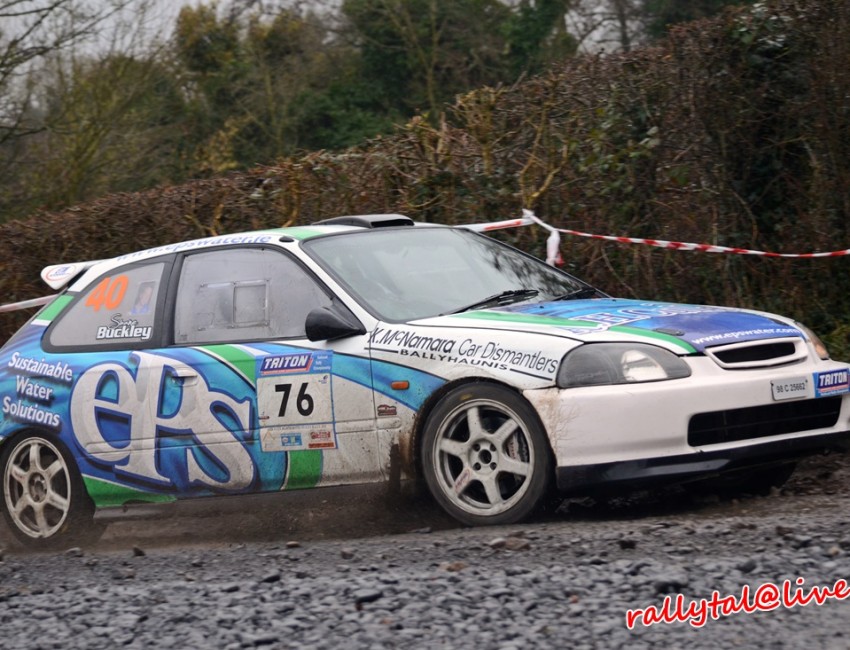 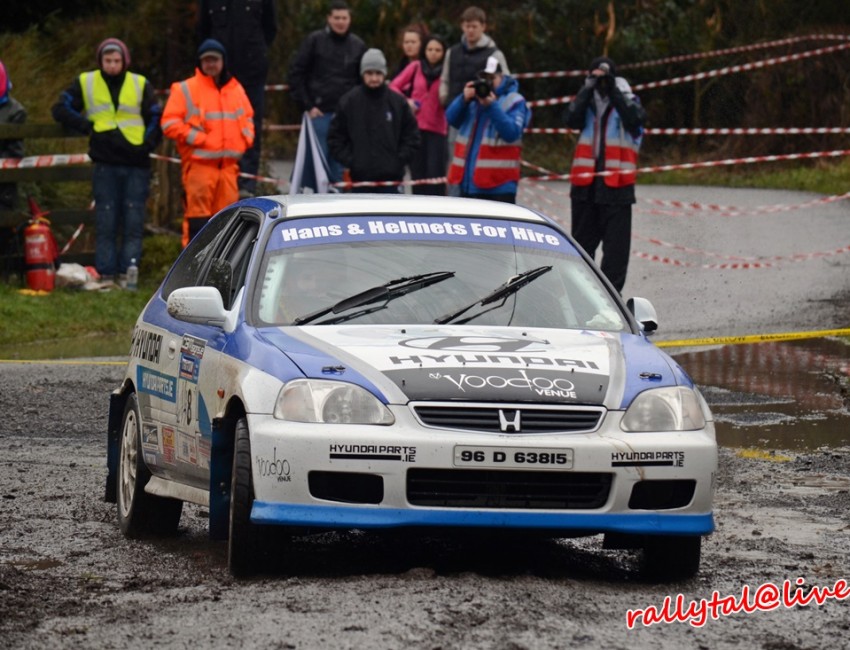 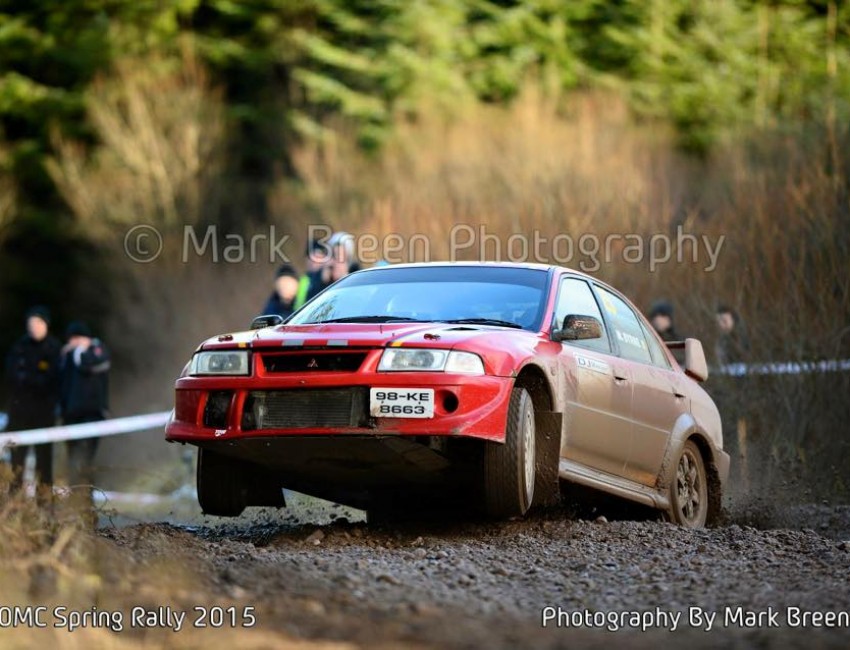 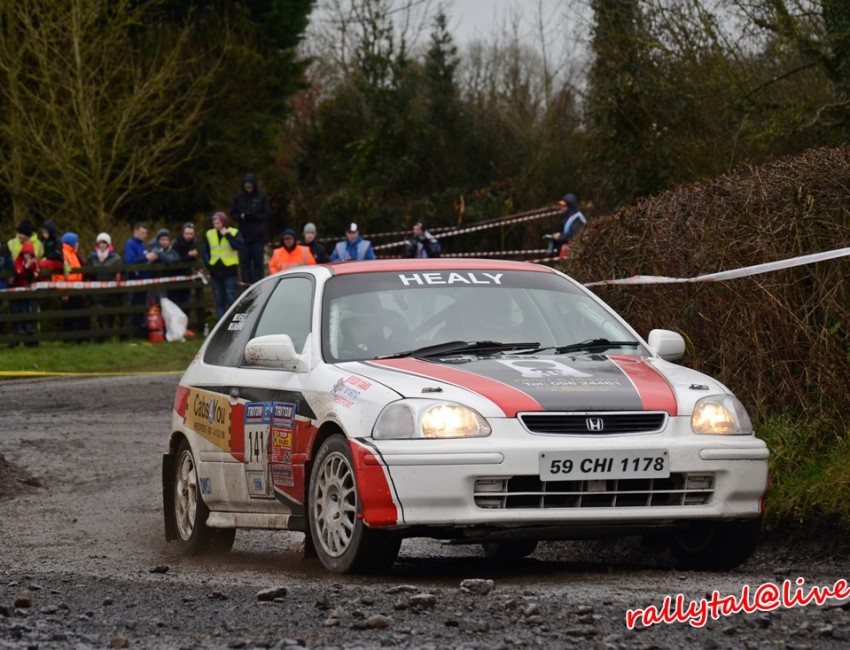