The Mayo and District Motorsport club were well represented at Sundays Connacht Mini-Stages Rally based out of Grange in Sligo, with over 10 crews starting the extremely tough event.

Mervyn & Derek Deane in their Ford Escort Mark II were the first Mayo crew home in a fine 8th place overall. They steadily gained places throughout the day climbing from 14th after stage 1 up to their eventual 8th place finish. The dynamic duo of Ciaran Kennedy & Paul McGuinnis brought there class 2 civic home in a excellent first in class and a great 21st overall. The pair were finding it very slippery but were thoroughly enjoying the day. They lost one of the wing mirrors on stage one and they said “if found please return!” Foxford’s Ambrose Gaughan was the next Mayo competitor home in his Toyota Corolla Twin Cam. Ambrose finished 26th overall an incredible result considering he suffered complete brake failure half way through stage 1. Ambrose and co-Driver Derek Molloy managed to bleed the brakes and continued. The went onto prove there pace by catching two cars on stage 2, climbing from a first stage 57th to 26th at the finish, They also brought home some crystal by finishing 3rd in class 9.

Next highest Mayo finishers were Marcus Molloy and David Walsh. They finished in 35th place overall in their Honda Civic. At service Marcus had a big smile on his face and was loving the conditions.

Class 1 competitor Kenneth McHale swapped his drivers seat for a navigators, It proved to be an easy transition for the Knockmore man who was sitting beside Eamon McCafferty in his Ford Puma, ably guided through the tricky conditions Eamon brought the Puma home in 54th overall and First in class.
Only a scant 5 seconds behind was James Culliney, the Bekan man was navigating for Niall Morley they brought their Ford Escort home with a respectable 5th in class and in 55th overall just behind Kenneth McHale & Eamon McCafferty.

The Castlebar duo of Eoin McGreal and Jonathan Rice reported to have a good run the pair were having a laugh at service finding the conditions very slippery but enjoying it nonetheless. They eventually finished in a fine 61st overall and 6th in class 10 in their Chevette. The Honda Civic of Tom Jordon and Peter O’Toole were the next Mayo crew home in 75th overall.

Otto Gropler & Paul McGlinchey had a torrid day it all started badly with a spin on the very first corner, the pair were finding the conditions very challenging. As they came into service the crew were feeling better after a good run over the second stage only hampered by catching a car on the stage which subsequently crashed in front of them. It all wasn’t all bad as the pair manage to resurrect a fine 3rd place in class 5.

Unfortunately it was not all good news for the Mayo competitors as some of them fell by the wayside. One of them was Colin & Michael Loughney in there class 12 Ford Escort Mark II. The crew found the conditions very tricky finding themselves going up two escape roads on the first two stages. The red Escort was lying in a great 16th place overall after stage 1 but unfortunately after stage 3 their fine drive came to an end when the oil filter came off. Another crew to retire due to mechanical problems was Padraic Roche & Chrystal Culkeen when the gearbox cried enough after stage 1.
As the year draws to a close the Mayo and District Motorsport club would like to congratulate all of their competitors who have done excellently throughout the year. 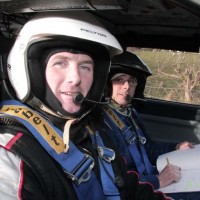 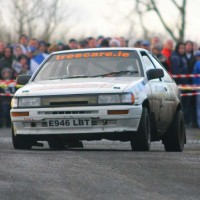 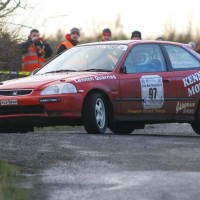 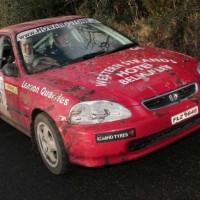 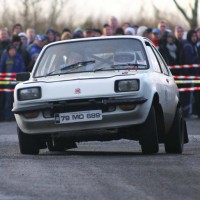 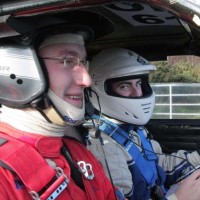 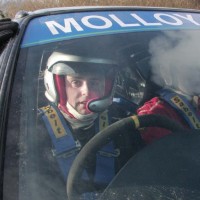 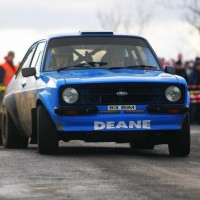 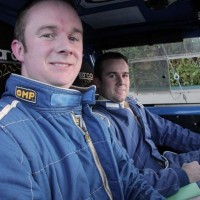 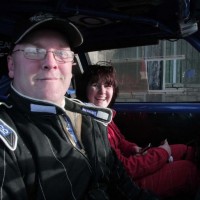