Ciaran McPhillips was his navigator for the year but he missed the opening Border round in Mayo and had to settle for 2nd overall in the navigator’s category. Martin Byrne stood in for McPhillips in Mayo where he and Conlon took class 13 honours. Conlon/McPhillips then scored class wins in Cavan, Sligo and Galway with 2nd places in Monaghan and Donegal.This demonstrated both speed and consistency throughout the year.

Shane Maguire & Darragh Kelly also teamed in the Border Championship for the first time. They began their campaign in Monaghan with a class win on home ground. They also secured class wins in Sligo, Galway and Donegal giving them a 100% win rate from the four rounds they contested. Maguire matched Conlon’s tally of 40 points but lost the championship on a tie-break. Shane also won the Group N category in the National Championship this year. Darragh’s total of 40 points saw him secure the overall navigator’s category in the Border Championship by just one point.

Reynolds had a solid season in class 1 with his navigator Derek McCarthy who took 2nd navigator. Conal Doherty just missed out on an overall placing on a tie-break. Doherty had sat with Martin Geraghty for most of the season.

This pair were the sole registered crew in class 2 and secured the championship after a string of class successes on the opening rounds.

One of the great supporters of the Sligo Pallets Border Rally Championship, Roger & Wendy notched up another class 3 success in their Peugeot. Adrian Cannon was runner-up in the driver’s category.

Class 10 involved a tight battle between the Nova’s of the Brennans of Monaghan and the Carrs of Donegal. Michael & Ryan took class wins in Mayo & Monaghan with 3rd places in Cavan & Galway. Two retirements resulted in Shane & Ciaran closing within one point after taking top points in Galway & Donegal.

Seamus & Gary’s defence of the Border title began well with victory in Mayo but retirements in Monaghan and Sligo dented their title aspirations. They still secured class 11R thanks to another class win in Galway and 2nd in Cavan. Donegal’s Gerard Gibbons/Aodhan Gallagher finished as runners-up with Declan Hall/Chris Corr in 3rd.

Bill and Philip maintained the Armstrong name in the Border championship with success in class 12. The pair edged out the similar Escort of Darrell Quinn/Michael Laverty by just a single point.

The Donegal pair have been regular supporters of the Border Championship. They started well with 2nd in class in Mayo and 3rd in Monaghan. Their next finish wasn’t until Donegal where they finished 9th in class.

David Armstrong made a return to the Border Championship this year with navigator Paul Mulholland. Consistent scoring throughout the year left them clear at the top of the class.

The Mayo pair notched up another success in class 15 thanks to another consistent season.

The sole Historic crew to compete in the championship. Malcolm and Ivor piloted their beautiful BMW 2002 around the stages to another class success.

The Armagh/Monaghan duo put in some scintilating times throughout the year notching class wins in Mayo and Galway with 2nd in Sligo and 3rd in Cavan securing the title. Jonathan Treanor and Michael Carr took 2nd in class with Keith Jacob in 3rd.

Armstrong Motorsport were crowned Team Champions with a comfortable advantage over Border Busters.

The 2017 Sligo Pallets Border Championship was once again a huge success. Despite a drop off in entries and registered crews, there was still plenty of competition thrrough the year with the overall placings going right down to the wire.

Sligo Pallets have become synonymous with the championship in recent years and we hope this partnership will continue for many years to come. The prizegiving’s have become bigger and better each year with a total of €17, 536 raised over the last six years. The Border Championship committee would like to thank Andrew Mullen for his continued commitment to the series.

2017 saw another pair of first time champions crowned for the fifth year in succession. Congratulations to Michael Conlon & Darragh Kelly. We look forward to seeing them defend their respective titles in 2018. 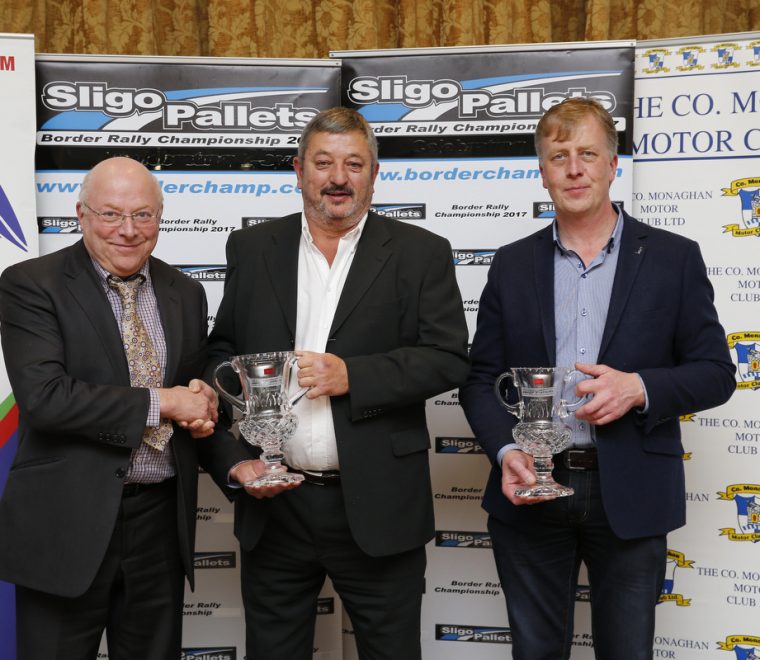 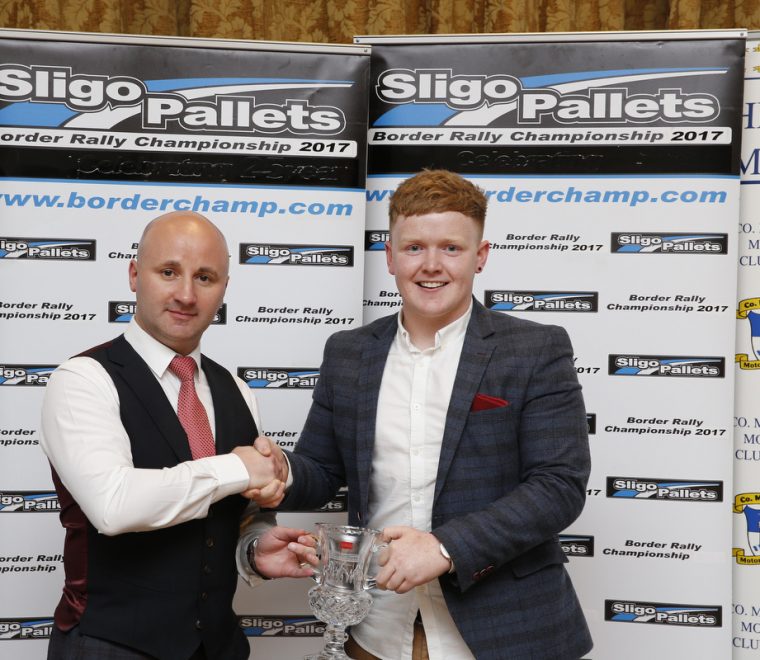 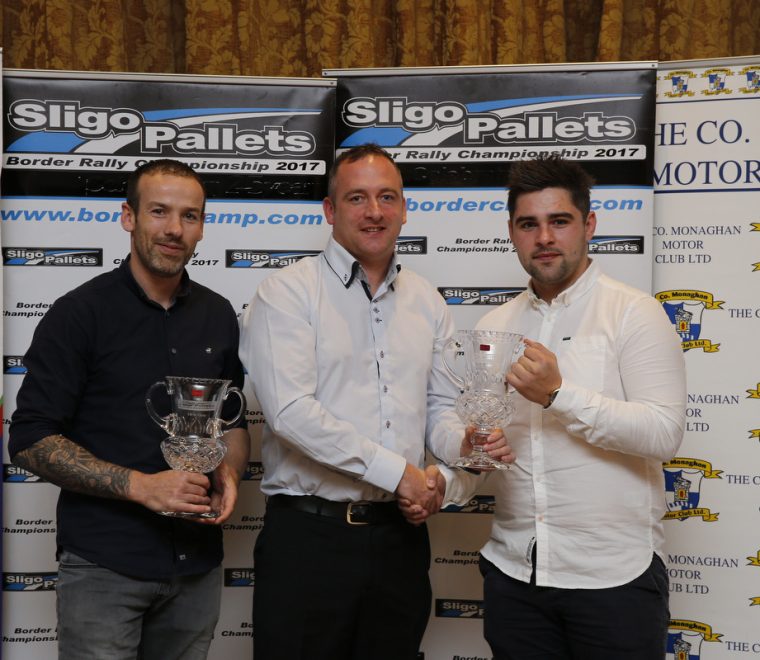