Ambrose Gaughan / Derek Molloy and David Carney / Ray Fitzpatrick upheld local honour on Sunday’s Sligo Stages Rally, both crews recording top finishes in their respective classes.
A large Mayo contingent descended on Sligo for the popular event, round 7 of the Dunlop National Rally Championship and round 5 of the HASS Border Championship. The rally was won by Welsh visitor Melvyn Evans to add to his success on the Mayo Stages Rally earlier this year. Niall Maguire and Kevin Barrett finished second and third respectively.
Driving a Toyota Corolla, Ambrose Gaughan from Foxford and his co-driver Derek Molloy from Lahardane were victorious in class 9 for their second successive event. The pair finished in 32nd place overall.
Young Augagower driver David Carney put in a very strong performance to finish 35th overall and take second in class 6 in his Citroen C2R2 Max. After problems on the opening stage where he dropped well over a minute to the class leaders, he recovered well to finish only seven seconds behind the eventual category winner, taking 35th place overall. 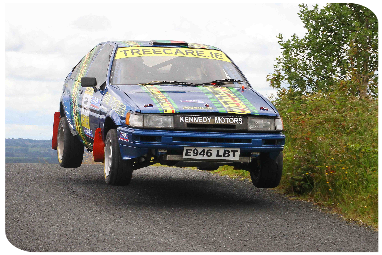 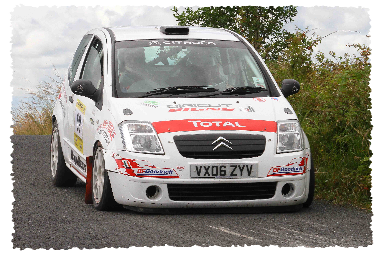 Despite having no brakes for the last few stages Derek Bolton from Ballaghadereen and his co-driver Trevor O’Connnell managed to bring their Subaru Impreza home safely in 70th place overall. Also recording a finish was Killala navigator Fergal Loughney who co-drove steered the Honda Civic of Pauric McGee to 66th overall and 5th in class 2.
Among those who failed to see the finish flag were Mervyn Deane and Trevor Burke from Williamstown who retired with propshaft problems on their Escort. A broken wishbone caused the demise of Sean McHugh and John Rowland after stage seven, but the Bekan / Crossmolina pairing were encouraged with their stage times up to that point. Marcus Molloy from Crossmolina and Aidan Gannon from Tubbercurry had been going well until an off on stage five, while other local retirements included Keith McFadden / Brian Harrington, Barry Cuffe / Jason Flynn, Adrian and Aidan Fahy and Kieran Kennedy / Paul McGinnis. 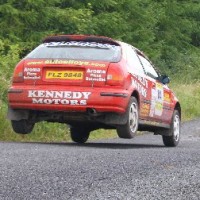 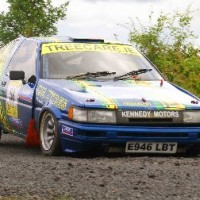 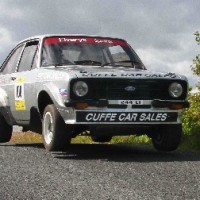 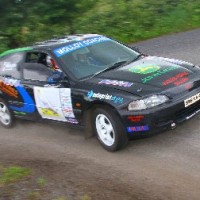 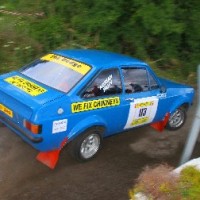 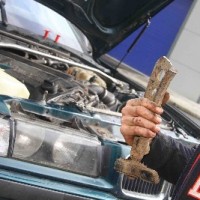 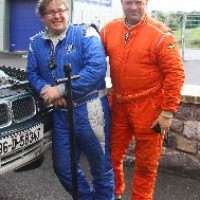 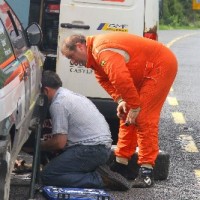