How Local Competitors Fared on the Mayo Stages Rally

Top placed local finishers on the 2012 McWilliam Park Hotel and Fleet Transport Magazine Mayo Stages Rally were the brothers Loughney, Colin from Hollymount and Michael from Killala finishing 29 overall in their Ford Escort Mark 2, and taking second in class 12 in the process. 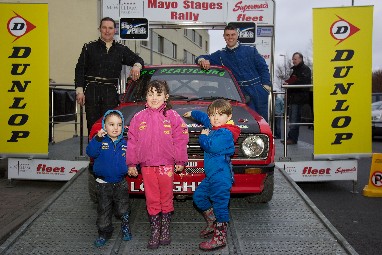 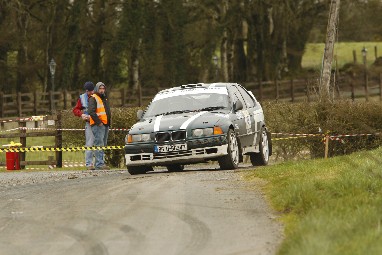 Sean McHugh and Paul McLaughlin were the next best placed locals. After surviving pre-event brake problems and a major moment on stage three, the Bekan / Claremorris duo were delighted to come home safely in 37 place and 5 in class 14, Sean thanking his experienced navigator and his service crew for getting him to his first finish in nearly two years.

Headford / Ballinrobe combination Justin Ryan and Andy Walsh were slightly disappointed at the finish, but only because they had narrowly failed to claim an award for third in the very competitive class 2. This was directly as a result of a rival being awarded a faster scratch time on the penultimate stage because of a stage stoppage. Other than they were very happy to be setting competitive times on their home rally. 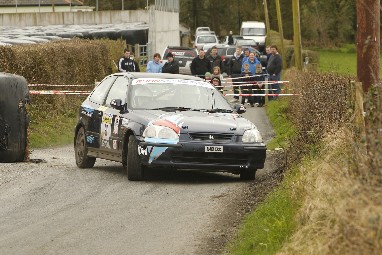 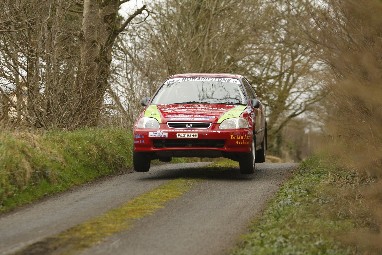 Belmullet’s Ciaran Kennedy and his Killala co-driver Patrick O’Hora came home safely in 58 place in their class 2 Honda Civic, two time penalties pushing them down the running order. They finished just one place ahead of the similar car of Tony Langdon and David Loughney from Ballina, who in turn were ahead of another class 2 Civic, this one piloted by Knock’s David and Simon McGuinness.

Mayo Motorsport Club Young Autocross Driver Champion Alan Moran had a successful stage rallying debut, bringing his Opel Astra home safely in 62 place and 7 in class 9. He reported a few minor moments but really enjoyed his day, thanking his sponsors MD Roofing, Moran Nurseries and Deasy’s Garage for their support, as well as James McGreal for preparing his rally car. 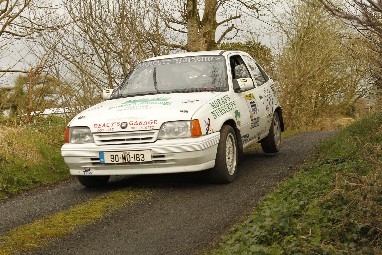 The testing stages saw a lot of competitors fall by the wayside throughout the day, among them a number of local club entrants. They included Mervyn Deane and Trevor Burke from Williamstown, who had reiterated their high seeding with a top fifteen time on the opening test, but then retired on stage two after putting their car off the road.

Number three seeded co-driver John Higgins retired after special stage three following an in-car fire in Brian O’Mahony’s Subaru WRC that was sponsored by Duggan’s Sales & Recovery Claremorris. Derek Bolton from Ballaghadereen and Sean Hassett from Headford saw the engine of the Subaru Impreza let go on stage two, a stage that also saw the demise of Adrian and Aidan Fahy with wheel bearing problems in their Escort.

John Duffy from Crossmolina with co-driver John Egan made it one stage further to the third test before a broken driveshaft brought their day to an early halt, John praising the rally officials for a very well organized rally. Knock’s Niall Morley and Cormac Rally reported a bad day, hitting a bale on stage three, and losing time in the same stage trying to restart their car after a spin, before eventually retiring with a blown engine on the following test. Also having a short day’s rallying were Killala’s Gavin and Raymond Carroll who crashed out of the opening stage…..photos below (with a difference) by http://www.facebook.com/rallythroughalens 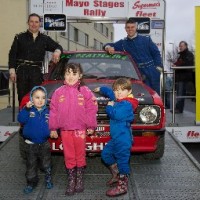 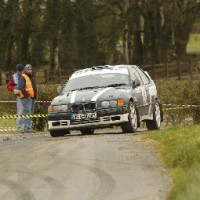 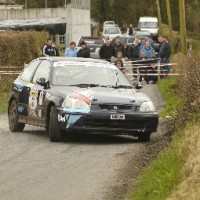 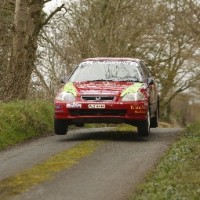 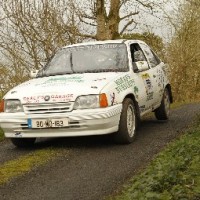