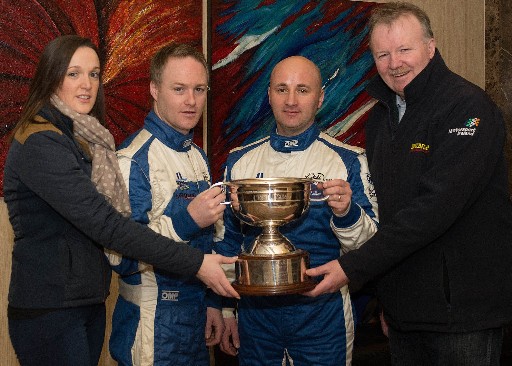 A brand new season of the Dunlop National Rally Championship opens with a vibrant entry for the Hotel Ballina/Kennedy Motors Mayo Rally on Sunday next.Reigning champion and last year’s winner in Mayo, Declan Boyle (Subaru WRC) heads an impressive entry with no fewer than seven World Rally Cars in the line-up for the nine stage event.

Five victories in six outings in last year’s Dunlop campaign saw Boyle take the title on round six in Tipperary.As he begins his title defence on Sunday, Boyle reflected on his 2013 campaign, “There were no easy rounds last year.When the weather was changing, it made it tough but Niall Maguire was there all the time and has loads of experience and is hard to beat.My toughest event was Sligo as the tar was melting and was very slippy”. 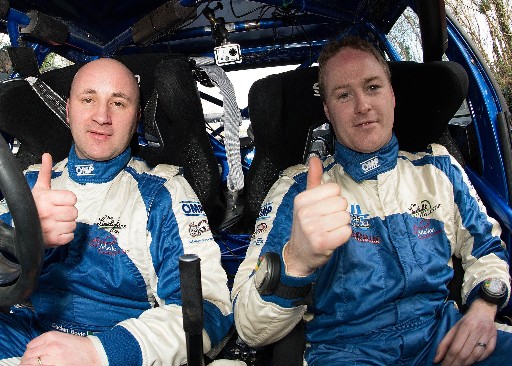 The Donegal driver admitted he knows little about Hugh Hunter, “I don’t know how quick he is, we never competed against him, but from what I hear he is not going to be easy.”
Welsh ace Hugh Hunter (Subaru WRC) was an impressive winner of the recent Abbeyleix Manor Hotel Rally.He won last year’s Dunlop round in Galway and then led the final round in Bantry until transmission problems put an end to his rally.There is little doubt that he is a serious title contender, how he fares against Boyle is just one of the many fascinating aspects of the Hotel Ballina/Kennedy Motors Mayor Rally.

It’s been ten years since Niall Maguire (Subaru WRC) won the national series, the three time champion is undoubtedly one of the most ardent supporters of the Dunlop series and he would really like to add that unprecedented fourth title.
Clonmel’s Roy White (MG ZR) occupies the number four berth in Mayo. superb season last year where he took third overall, he also led the recent Abbeyleix Rally after the opening stage but an encounter with a chicane bale brought a hasty exit.
Another Dunlop regular, Kevin Barrett will drive his S14 Subaru WRC, the Maynooth driver won in Mayo in 2011, his last victory in a round of the Dunlop series was the Galway Summer Rally in 2009.
Like Hugh Hunter, Tyrone’s Paddy McVeigh (Subaru WRC) will tackle the Dunlop series and also used the recent Abbeyleix Rally as a shakedown – finishing third overall.

Wexford’s James Stafford on board the nimble Darrian T90 returns to Dunlop action, he was another driver that competed in Abbeyleix as preparation for Mayo, he was second to Hugh Hunter. 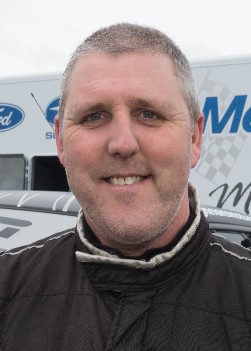 The top ten is completed by the Mitsubishi trio of Sam Moffett, Josh Moffett and Daniel Barry.Former Billy Coleman award winner, Sam reverts to his Group N car for Mayo.The Monaghan driver won his home round of the Dunlop series last year.Opposition from his younger brother Josh will, as usual, be frenetic.Daniel Barry’s performance will be watched with interest.Monaghan’s Shane Maguire has acquired the ex-Stephen Wright Mitsubishi EvoIX, he knows that it will take a few events before he comes to terms with his new acquisition.The showroom category also features Trevor Bustard, former Dunlop champion Aaron MacHale and Pat Kirk, all in Mitsubishi EvoIX’s. 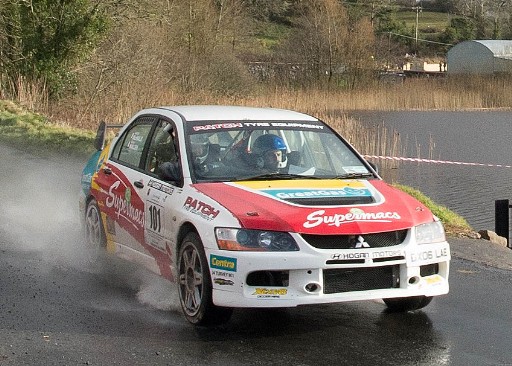 Chairman of the Dunlop National Rally Championship Committee, Richard Talbot remarked, “We are delighted to have Dunlop on board for the season ahead and we are looking forward to having another quality field of competitors in all categories contesting the 2014 series.It is fantastic to see over 140 crews in Mayo, I think it proves the popularity of the Dunlop championship.It is hugely encouraging to see that our Dunlop champions, Declan and Brian Boyle are making a defence of their title.”